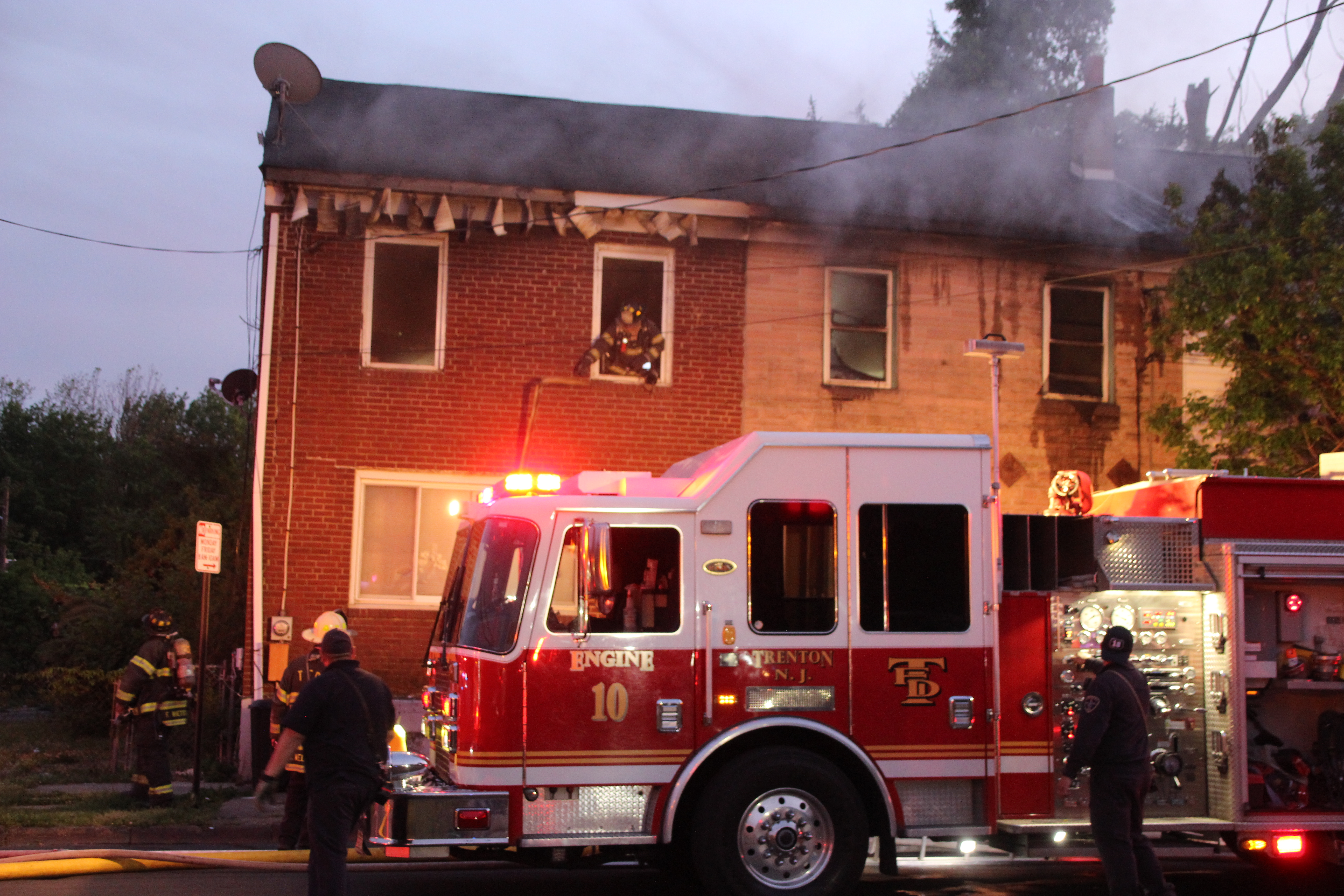 TRENTON NJ: Trenton firefighters responded to the unit block of Tyrell Ave after residents reported a smoke condition coming from the houses.

The fire occurred just after 8:00 Pm Saturday night, firefighters arrived to heavy smoke showing from the homes, firefighters could be seen on the roof on the houses as smoke puffs out of the roof of the home. The fire was placed under control just before 9:00 Pm.

Fire Battalion chief reported no firefighters or residents were injured. The Fire is under investigation by the Trenton fire Marshal and the County arson unit.