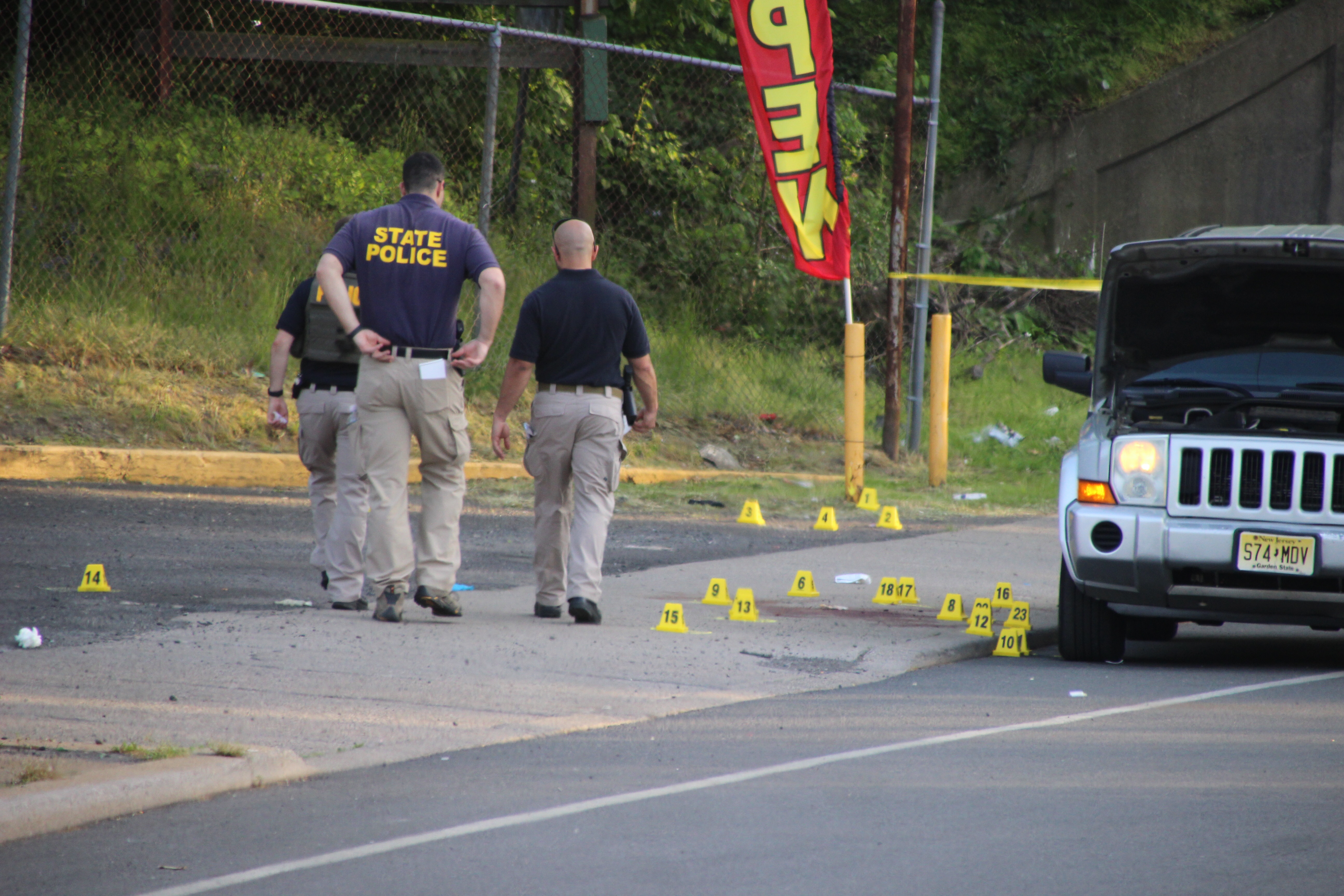 TRENTON NJ: The Mercer County Homicide Task Force is investigating a homicide that occurred in Trenton Thursday afternoon. At approximately 4:15 p.m., Trenton police responded to 900 block of Parkside Avenue on a report of multiple shots fired. Upon arrival, officers observed a silver Jeep Commander with the hood up and the flashers on. Officers located two victims with multiple gunshot wounds. The first victim, identified as Raheen McKinnon, 19, of Hamilton, suffered gunshot wounds to the armpit, arms, legs and back. The second victim, a 17-year-old male from Trenton, suffered gunshot wounds to the neck and thigh. Both victims were transported to the hospital where McKinnon was pronounced dead. The second victim remains in critical condition.