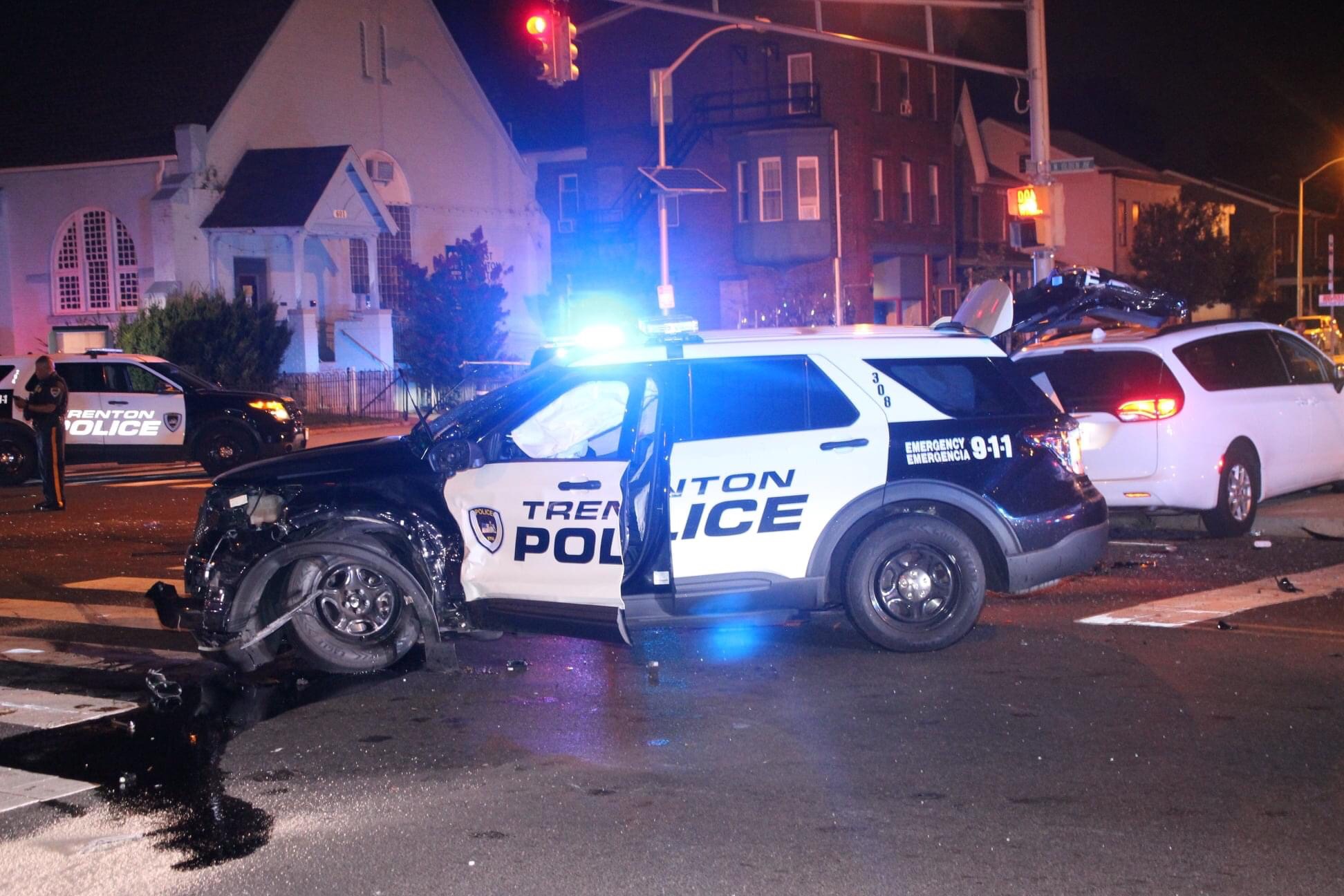 TRENTON: Trenton police were involved in a crash early morning Wednesday at the Intersection of South Clinton Ave and North Clinton Ave . Firefighters from fire station 6 ran out to assist all the injured parties involved in the crash. Trenton Emergency medical services along with Ewing Township transported multiple patients to the hospital

The Mercer County Prosecutor’s Office stated that around 2 a.m., Trenton police officers spotted a stolen red Ford Focus around Parkside and Olden avenues and began to follow it.

During the pursuit, authorities said the suspects fired several shots at the officers, hitting the police vehicle, but not the officers. They said no officers opened fire.

The pursuit ended with a crash at North Clinton and North Olden.

The stolen car collided with a responding Trenton police SUV and a minivan.