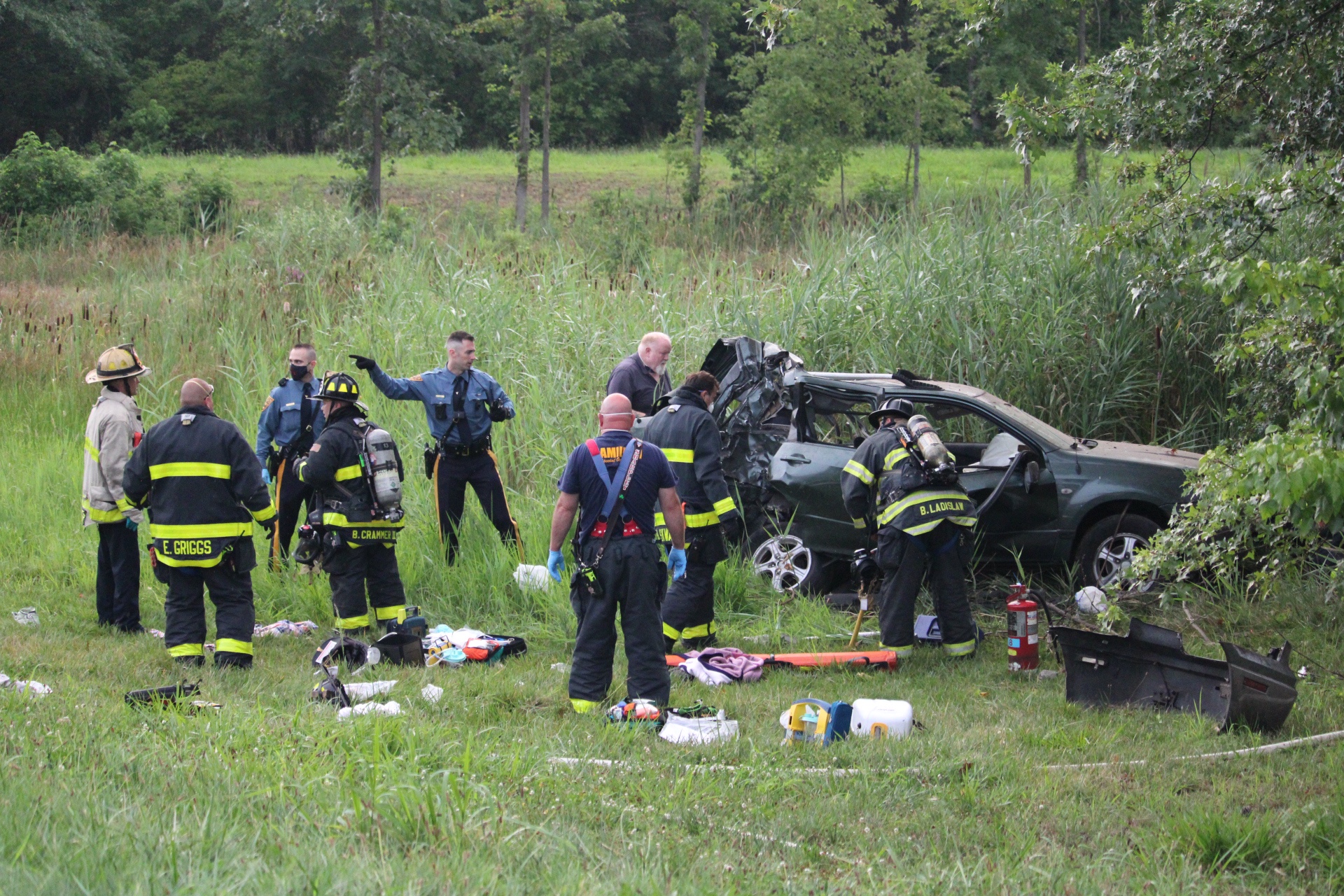 HAMILTON TOWNSHIP (MERCER): Hamilton Fire Department, EMS, and NJ State Police responded to I-195 Westbound in the area of Exit 3A for a serious motor vehicle crash with entrapment around 6:45 p.m. Thursday. At least 3 patients were transported to the trauma center with serious injuries. An unknown number of patients were freed from the vehicle.

UPDATE: A 22 year old Trenton resident ran off I-195, colliding with several trees, killing one of her passengers, and injuring the other.

NJ State Police spokesperson Sgt. Lawrence Peele says the crash occurred at 6:39 p.m. on I-195 Westbound in the area of Exit 3 in Hamilton Township. Preliminary information indicates that a green Mitsubishi Galant was traveling Westbound on I-195 when it ran off the roadway and overturned. All three occupants of the vehicle were transported to Capital Health Trauma Center in Trenton. One of the occupants, Yelitza Rivera, 16 years old, of Trenton, was pronounced dead at the hospital. As of Thursday, the driver was listed in critical condition while the other 16 year old passenger from Hamilton was stable. The cause of the crash remains under investigation.

TRENTON, N.J. (PBN) Police are investing one person that was shot in the unite block of Sweets Ave just after...