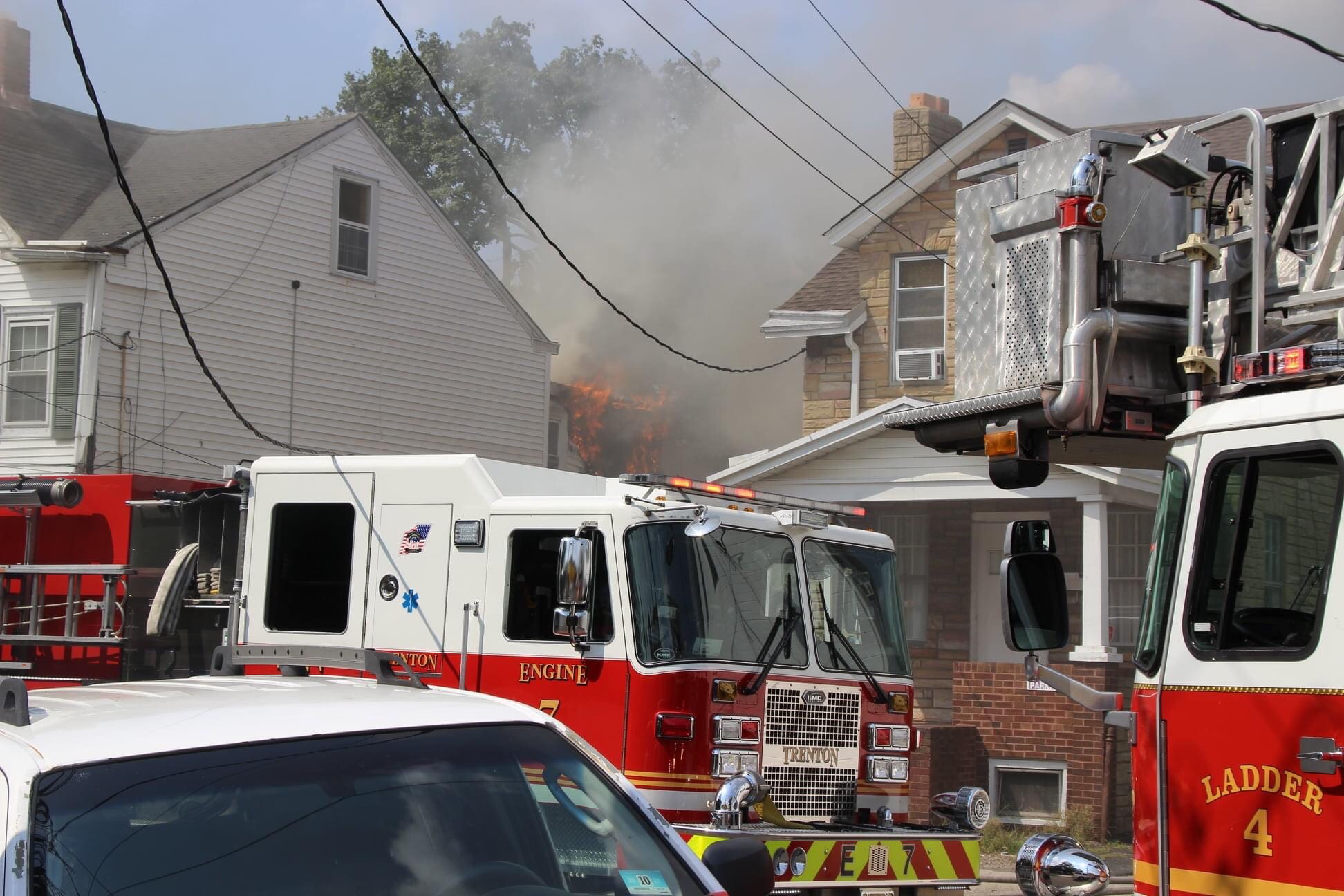 TRENTON: Trenton firefighters responded to a report of a house fire on the third floor in the 200 block of Woodland Street off of Liberty Street Tuesday afternoon. Firefighters arrived with heavy fire coming from the rear of the home. In the process of pulling hoses, a power line came down on a fire engine and hoes halting fire operations for a short time, but quickly resumed. All residents were out of the home and all were accounted for, there were no injuries sustained. Pets were inside the home at the time of the fire. Firefighters were able to get the animals out of the home. The Mercer County Prosecutors Office’s arson unit is investigating the cause of the fire.