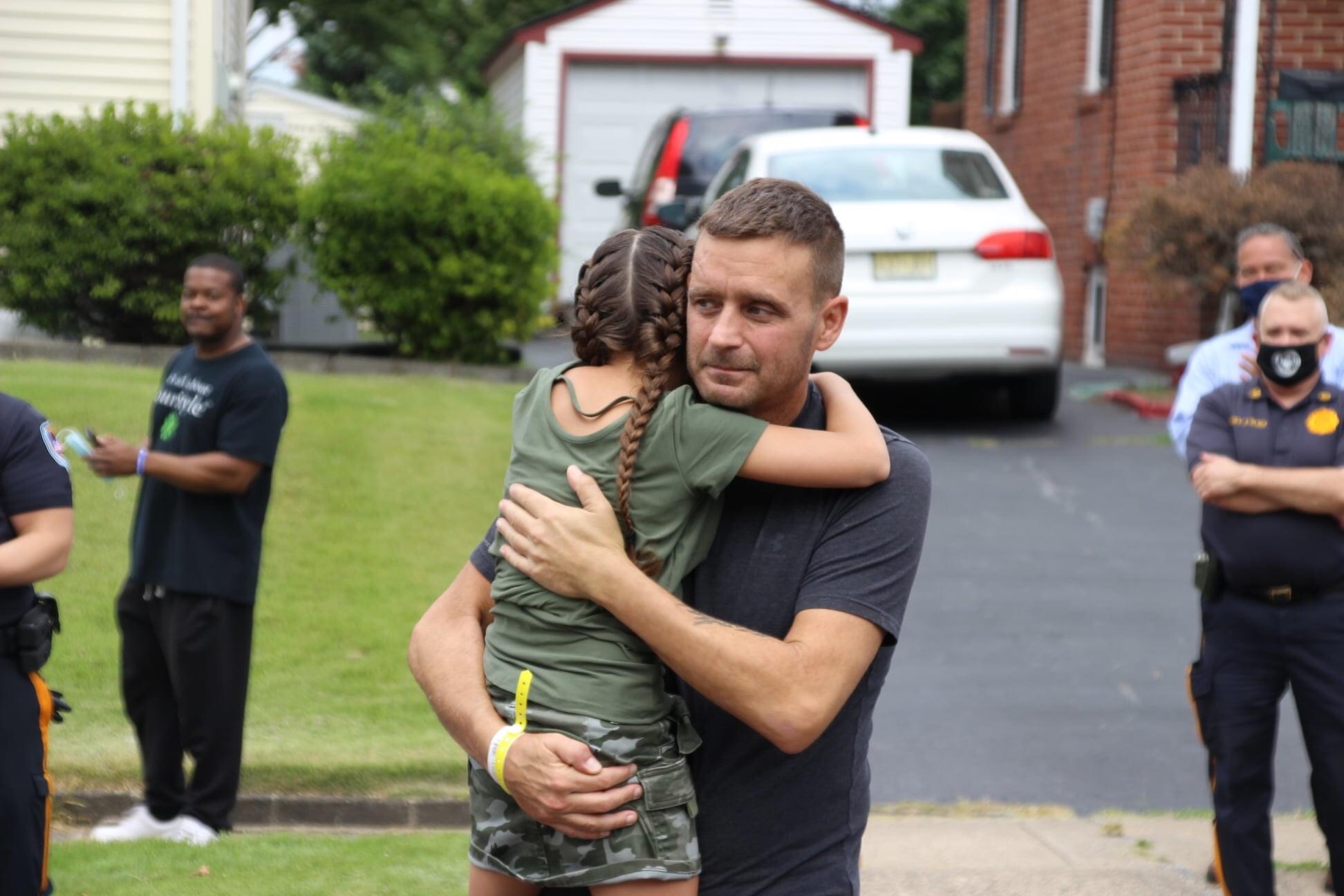 HAMILTON TWP ( Mercer) Trenton Police Officer Kevin Starkey was released from Rehabilitation in Philadelphia on Friday, August 28th. Starkey arrived at his Hamilton Township home with a large welcoming of Police-Firefighters-EMTs from all over Mercer County, speechless as he hugged his niece and his colleagues.

An investigation has revealed that Trenton police officers were made aware of a social media posting that showed a group of individuals with guns driving around the west district of the city looking for people to shoot. An alert was broadcast via the radio and at approximately 2:26 a.m., Officers Michael Gettler and Jeffery Pownall came upon a 2003 red Ford Focus four-door sedan. After checking the license plate and confirming it was stolen in Trenton, the officers tried to initiate a traffic stop on Parkside Avenue when the vehicle began to elude them. The officers pursued the vehicle into Ewing Township onto Olden Avenue and then back into Trenton. As the officers pursued the vehicle past the Home Depot on Olden Avenue in Ewing, at least four rounds were fired from the Ford Focus at the patrol vehicle before entering back into the city. The patrol vehicle was struck one time in the top light bar before bouncing off the roof of the patrol vehicle. The officers continued their pursuit of the Ford Focus back into Trenton and as the vehicle approached the intersection of North Olden and North Clinton avenues, the stolen vehicle struck a responding Trenton police vehicle containing Officers Kevin Starkey and Brian Walker. Both vehicles spun and the stolen vehicle struck a white minivan that was traveling in the opposite direction.
Trenton Police Officers Orlando Santiago and Andy Gomez then approached the stolen vehicle and Officer Santiago slipped in fluids from the crash. He sustained cuts to his elbow as a result. Officer Gomez sustained lacerations to his hand from glass that was broken out. The three suspects were taken into custody without further incident. All injured officers and suspects were transported to Capital Health Regional Medical Center.
One shell casing and two projectiles were recovered by the Home Depot in Ewing. A FN PS90 sub-gun was recovered in the city in the area in front of 664 Olden Avenue. A Glock 26 9mm and an AR-15 pistol were recovered in the backseat of the stolen Ford Focus, and three spent 9mm casings were recovered in the front passenger seat floor board.