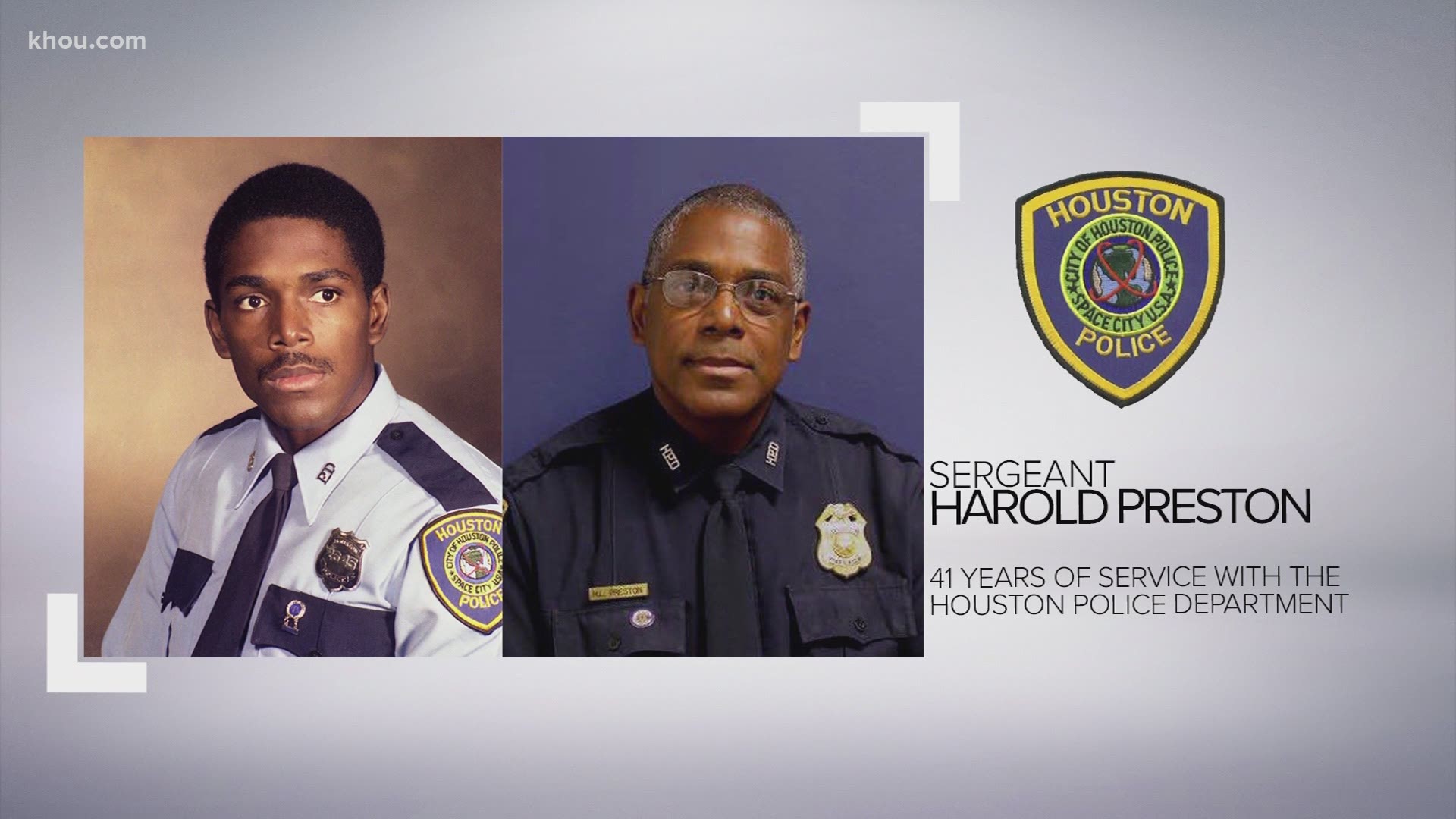 Preston was a 41-year veteran of the force. He was struck multiple times, according to Houston Police Chief Art Acevedo.

His death was disclosed during an update at Memorial Hermann Hospital.

“Our hearts are with the family of Houston Police Sgt. Harold Preston, who was shot and killed in the line of duty this morning. This tragic loss is a grave reminder of the dangers our brave law enforcement officers face while keeping our communities safe. Cecilia and I ask our fellow Texans to join us in lifting up Sgt. Preston’s family in prayer in their time of need. We also ask all Texans to pray for the speedy recovery of Houston Police Officer Courtney Waller who was shot while responding to the same incident and is recovering in the hospital. The state stands ready to assist the Houston Police Department in bringing to justice the perpetrators of this horrific tragedy.”