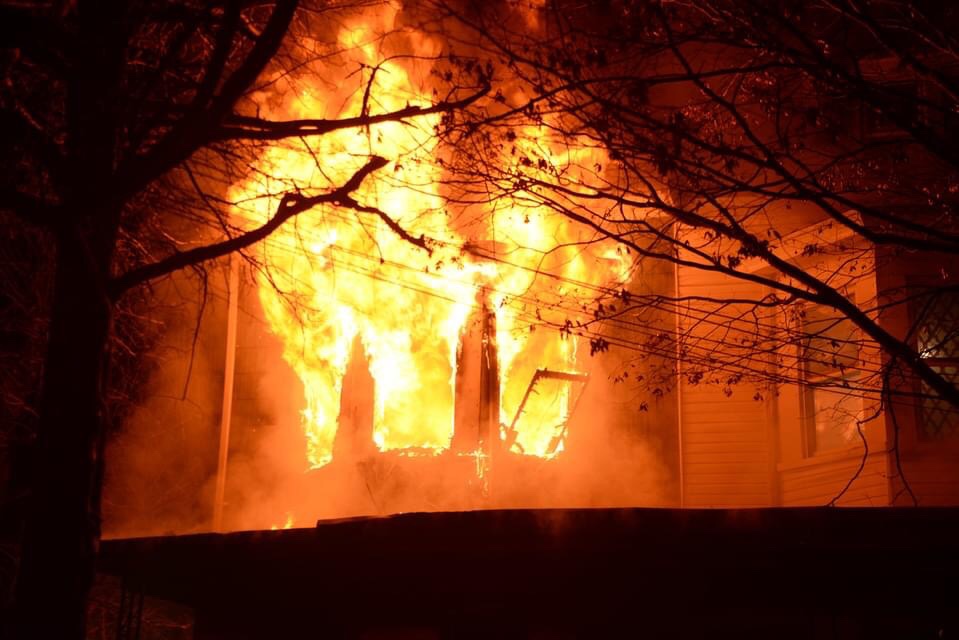 TRENTON, NJ A Family is devastated after a house fire occurred on the unit block of Benton Street and Tyler street Friday Night. Fire crews received multiple 9-11 phone calls about a vacant house on fire, when firefighters arrived on scene heavy fire could be seen shooting out the second floor. In the home adjacent to it the resident and children got out unharmed. The resident of 5 children was extremely upset at the fact that she stated that she made multiple calls about the vacant residence and that people were in it and doing illegal activities, and at one point set a fire in the back of the residence. The family of 6 is being assisted by the American Red Cross. One firefighter suffered a minor injury after calling a mayday. The Housefire is now under investigation by the Trenton Police department and the Mercer County prosecutors office.