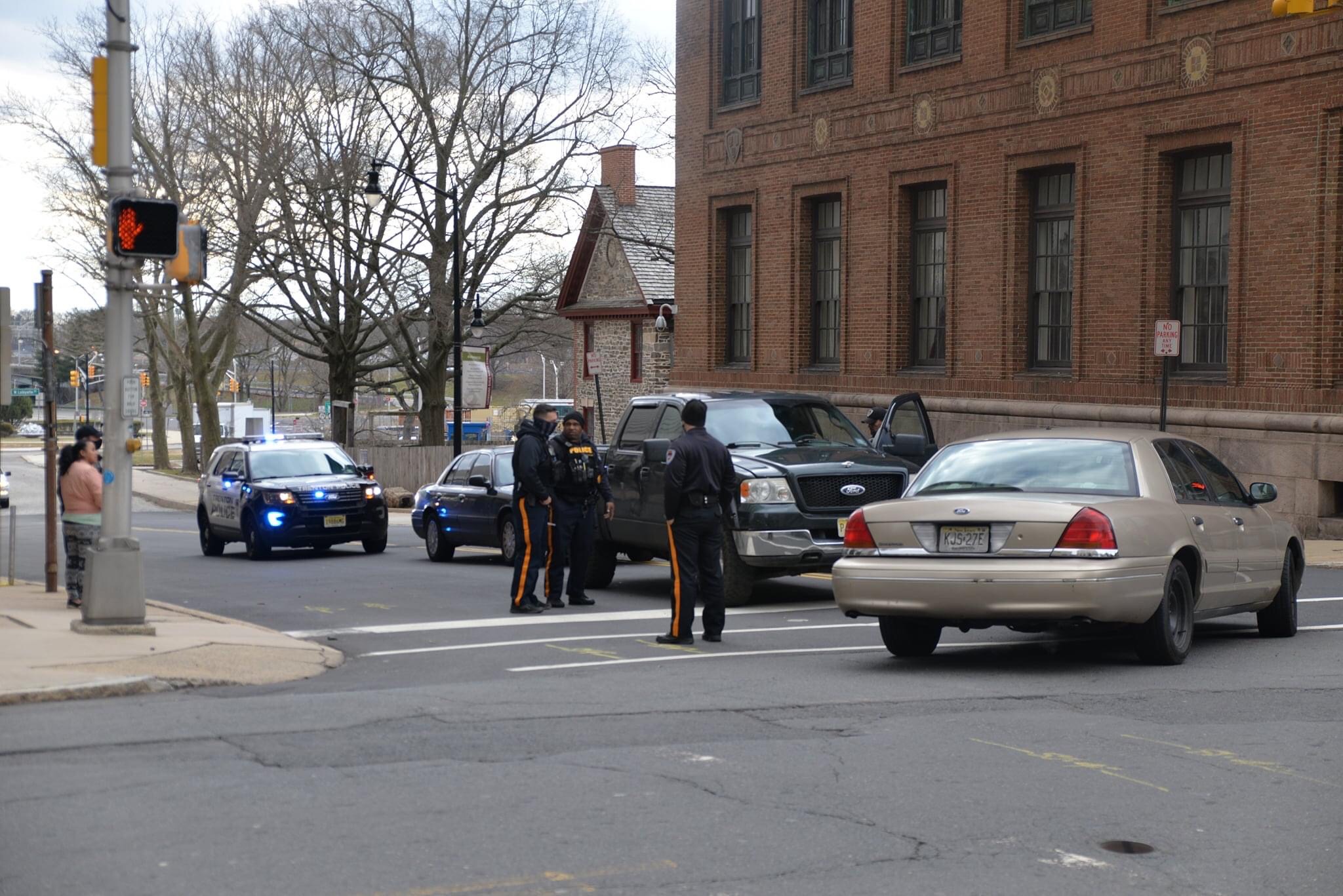 Trenton, NJ (MERCER) Earlier today while waiting for the highly anticipated protest in downtown Trenton, with sirens blaring, a Trenton Police unit was in pursuit of a truck traveling up Barrack Street towards West State Street.

While stopped at the traffic light, multiple news media ran to the corner to watch as the Officer, with his gun drawn, approached the stopped vehicle. The officer could be heard shouting: “Put it in park, put it in park!” At that moment, the female driver was pulled out of the vehicle along with the passenger. The two were spoken to by the police and were eventually released after receiving what appeared to be multiple tickets.