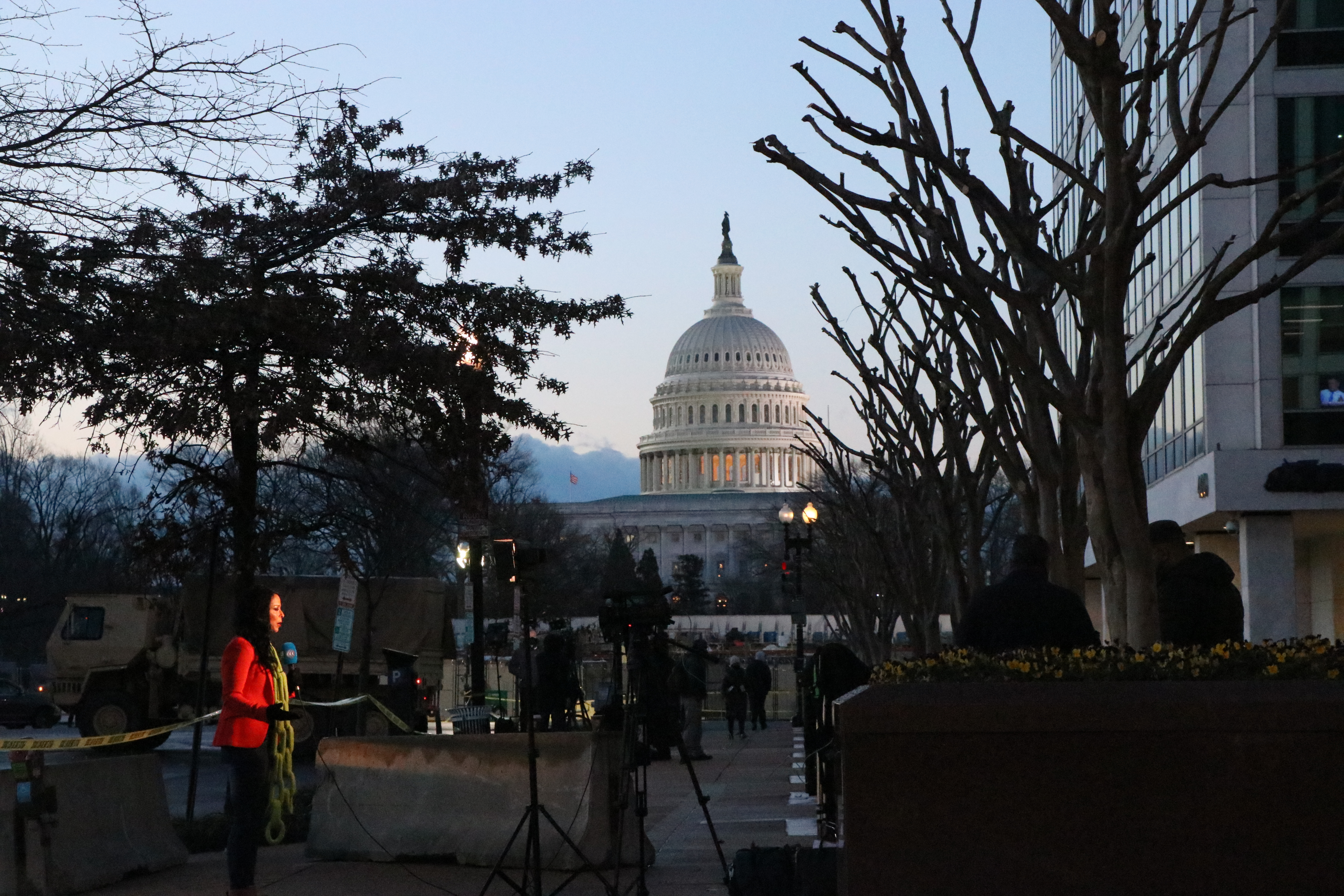 Today President Joe Biden was sworn in as the 46th President of the United States of America. Though unlike other Inaugurations, this one eerily quiet On top of the COVID-19 restrictions preventing a mass of people who typically come to celebrate, 25,000 members of the National Guard sealed away DC from the public in lieu of the siege at the Capitol Building.
Secret service members were stationed at checkpoints across the city checking bags as reporters and activists alike worked their way to places like the BlackLivesMatter Plaza, where a small crowd had gathered to celebrate.
The crowd gathered around speakers playing music as Joe Biden began to be sworn in and through his speech. The crowd cheered at his calling for healing within the nation, they cheered as the President asked for help from all states to overcome the pandemic, and the crowd cheered as Joe Biden asked for Unity of the nation.

1/6/2021 Washington DC: A member of the Sons of Liberty in New Jersey flies a flag in favor of President...