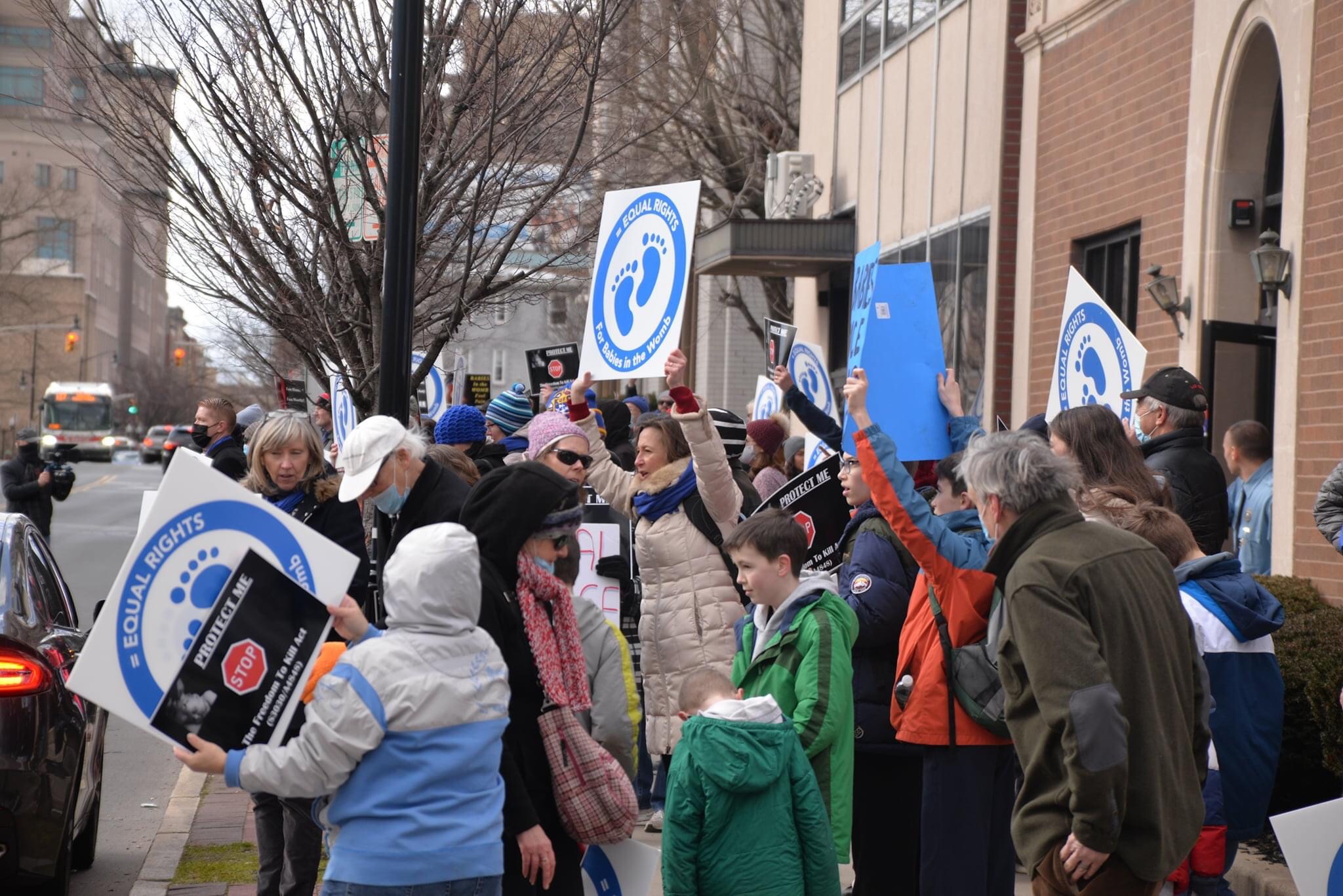 The New Jersey Right to Life held a rally at the State Capitol in Trenton, NJ, to protest New Jersey’s abortion laws.

“We were at the statehouse,” Robert Bluta, a resident from Lawrenceville, NJ, explains. “There were civil speeches from different politicians, different activists, different people in the movement, and after that we walked down to planned parenthood, where they killed babies and we peaceful and prayerfully protested there.”

The protest was in solidarity with the March For Life happening next week at the United States Capitol. The event started at 11 AM and ended around 2 PM.

“That we in New Jersey should stand against the very terrible bill that we have right now which will expand the right for abortion in our state. “Grinienko explains.

The bill explains that this bill is primarily to protect women’s rights to choose.

“Access to safe and legal abortion care is essential to women’s health, autonomy, and privacy and is central to the ability of women to participate equally in the economic and social life of the United States and the State of New Jersey.” The Bill states.

The group had people join from all across the state, holding signs asking the governor to repeal the state abortion laws. At the moment, New Jersey has one of the least restrictive laws applying to abortions. The law allows for an abortion during any time of the pregnancy.

According to Statelaws.findlaws.com, “Abortion providers in New Jersey, however, must comply with some limited restrictions. For instance, the procedure must be performed in a hospital or other specialized facility; services provided after the 14th week must be provided in a “licensed hospital,” and providers offering services after the 18th week must have admitting and surgical privileges within 20 minutes driving time of the facility.

Though according to Planned Parent on their website, “It can be harder to find a nurse or doctor who will give you an abortion after your 12th week of pregnancy…You can get an abortion later than 24 weeks only in rare cases for medical reasons.”