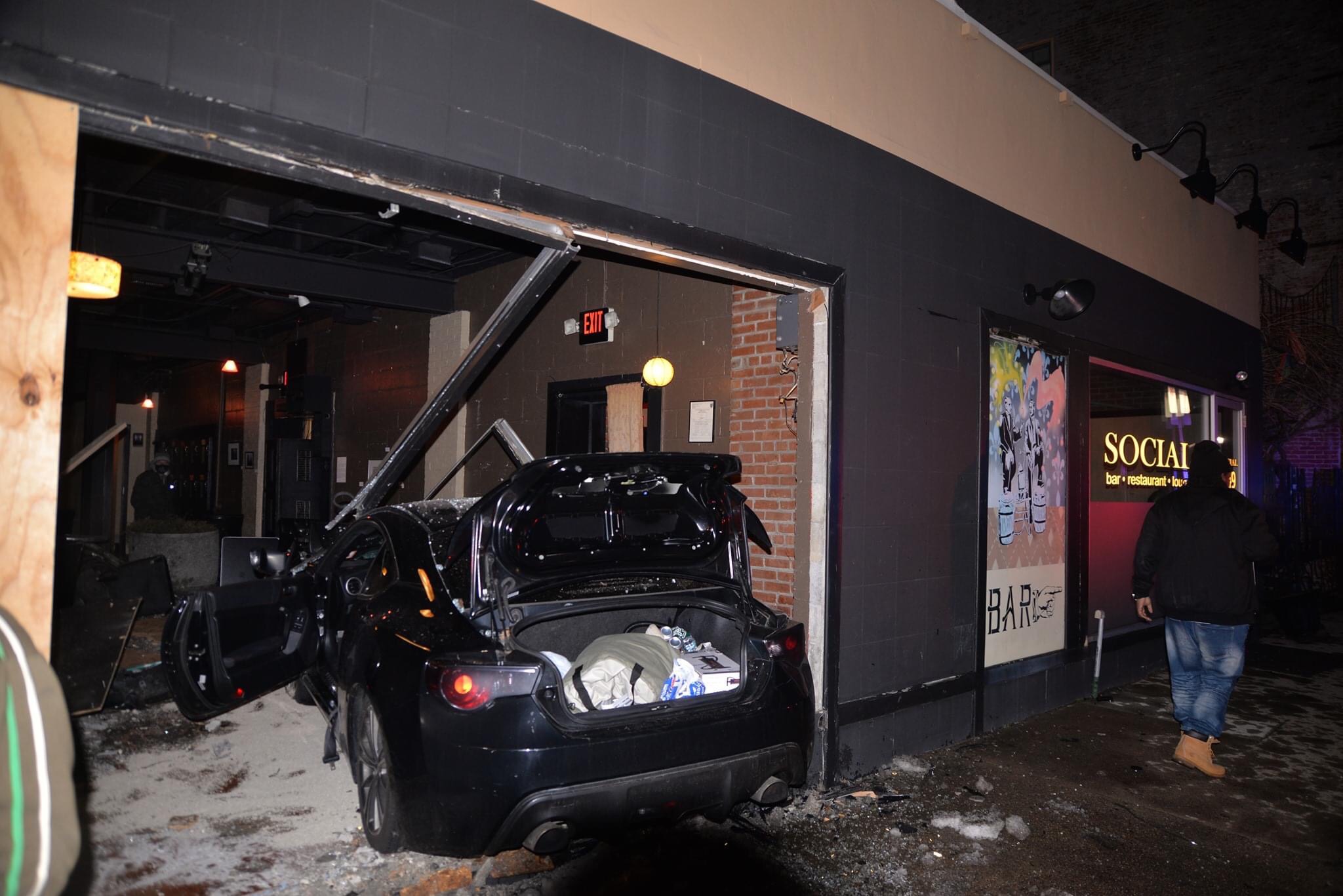 Trenton, NJ ( Mercer) A car crashed into the Trenton Social early Sunday morning, the crash occurred at the intersection of South Broad street and Hamilton Ave. Trenton Fire and Ems responded, Ems was later released due to no injuries. It was reported that this was the second car to crash into the Social within a two week span.