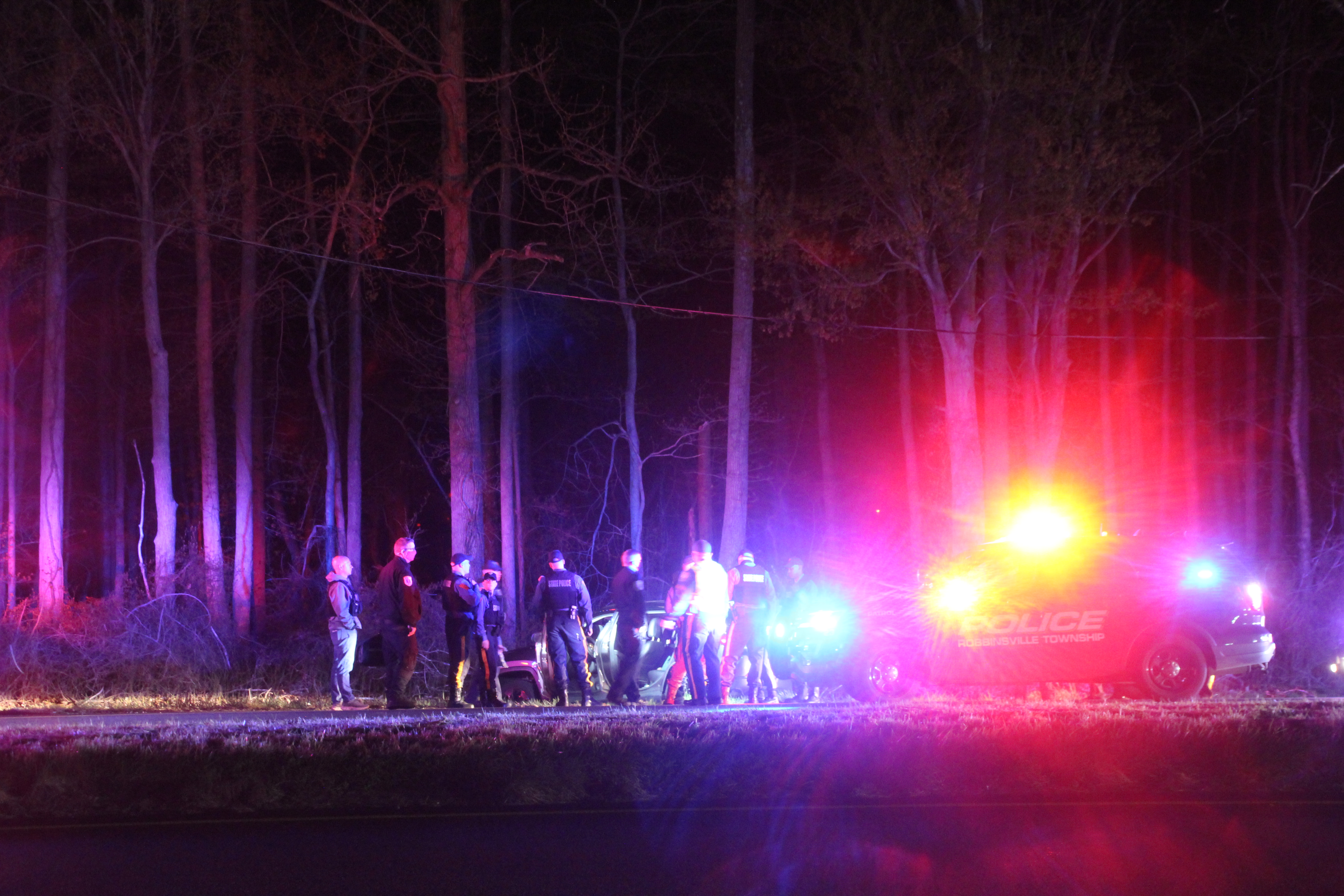 Robbinsville Township, NJ ( Mercer) : Trenton Police officers and New Jersey State Police Troopers pursued a car through Trenton and Down Route 130 Thursday night the male was wanted for allegedly carjacking. At one point the chase entered into New Brunswick and then headed back toward Mercer County, multiple Police agencies joined into the chase as Speeds reached into the 100 range as the male hit the County lines in East Windsor the male allegedly struck multiple police cars., The male was stopped and was taken into police custody on Route 130 Southbound in Robbinsville . The man was transported to the hospital by Robbinsville EMS, there were no other reported injuries to Law enforcement.

Robbinsville, Nj (Mercer) A parent has pulled her child out of a Robbinsville middle school after racial graffiti was found...

Robbinsville Township, NJ (Mercer) New Jersey State Police are investigating what caused a truck that was hauling  Truck was hauling...

Mercer County Sheriff Jack Kemler announces the opportunity to dispose of unneeded and expired prescription drugs during the National Prescription...

Robbinsvile Township officials released to it’s Facebook Page Tuesday night that they have a presumptive positive case of COVID-19 identified...