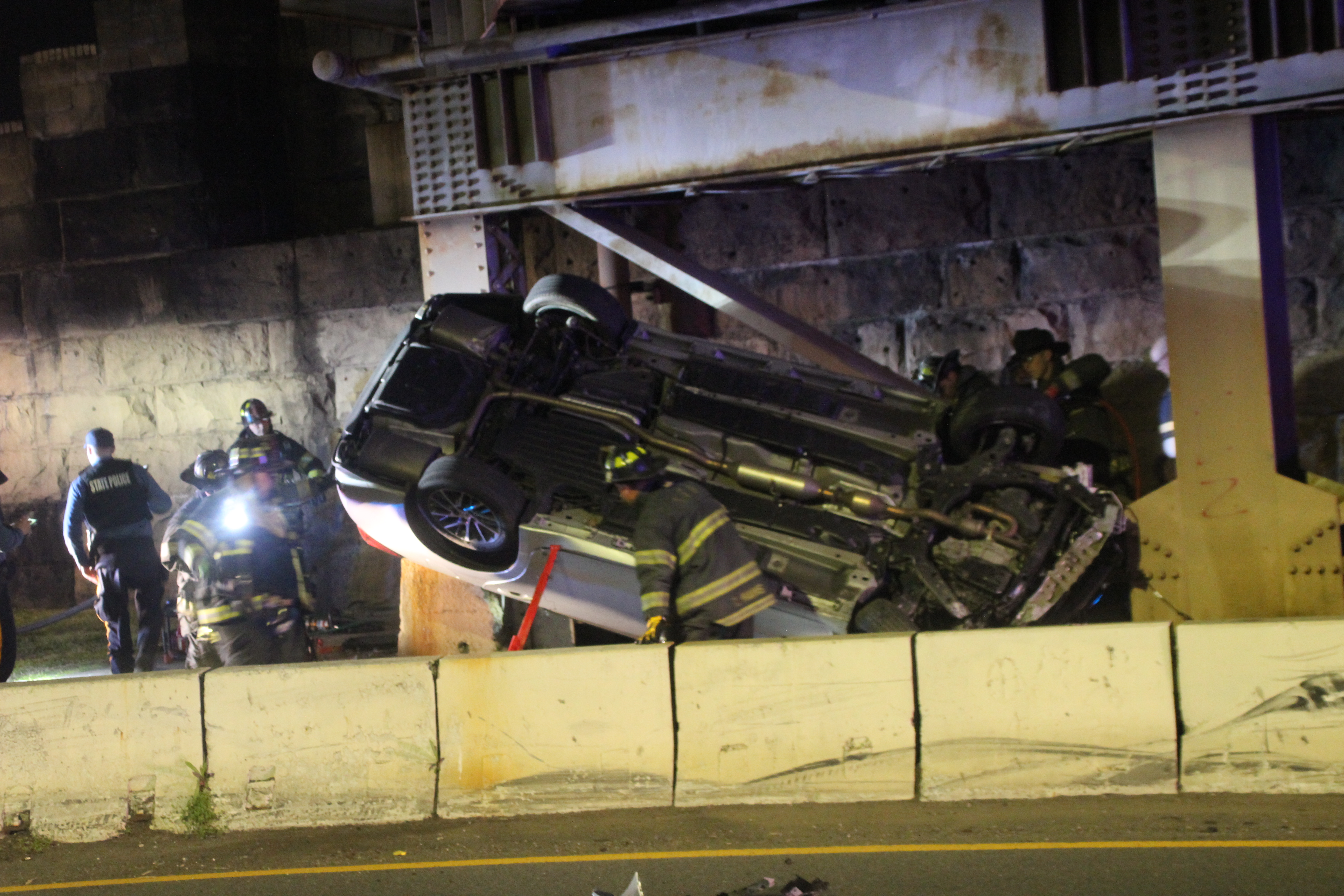 The vehicle struck the barriers with such force knocking them over and the vehicle resting up against the Amtrak Train bridge. A driver and his wife coming off the exit saw the vehicle and retendered assistance, the Trenton Fire Department had use the jaws of life to free the driver. Trenton Ems and Lawrence Township ems responded to the scene and both women refused medical attention, The New Jersey State Police was on scene interviewing both women.