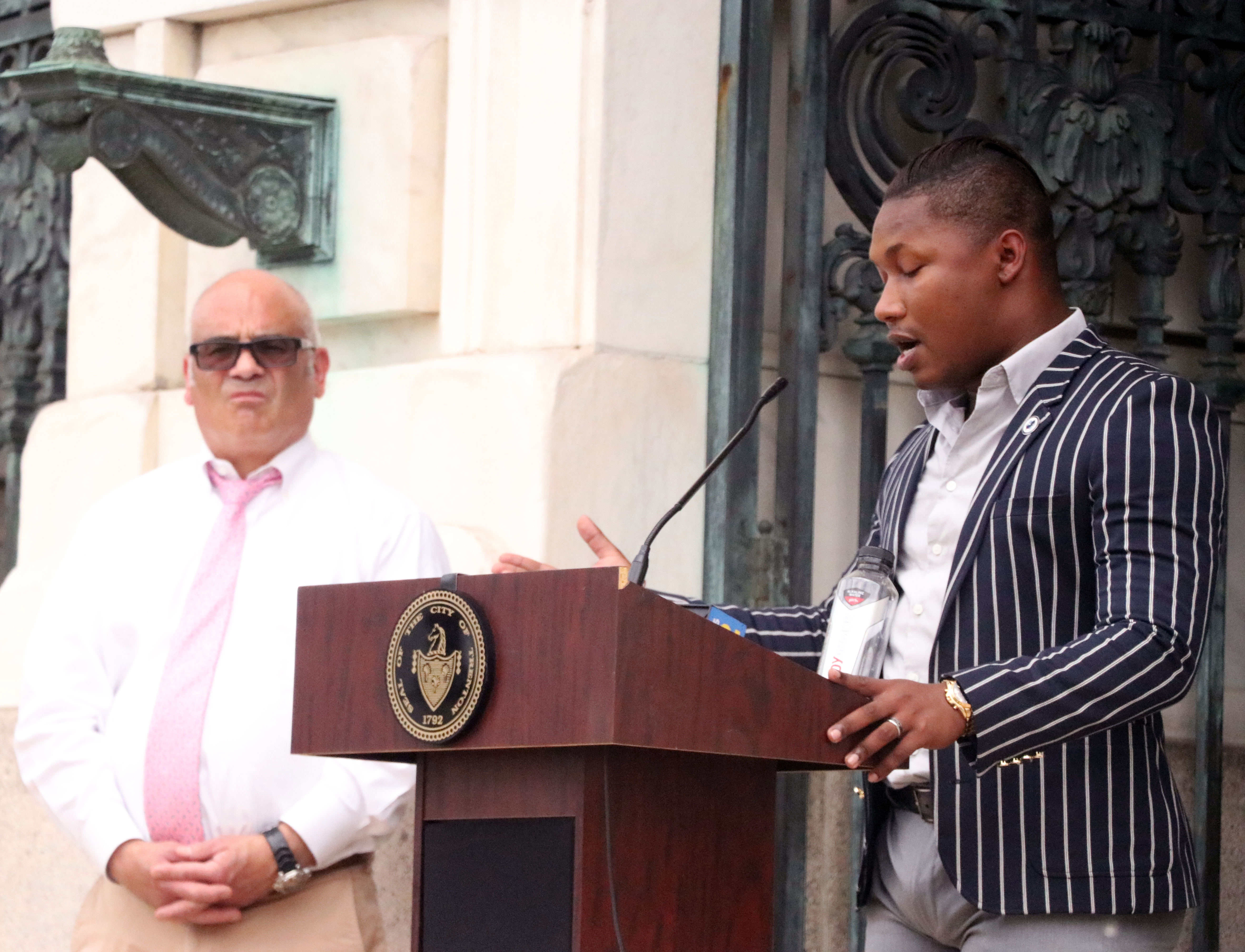 Before the flag was raised, Kadja Manuel, the LGBTQ Committee Chair of the Trenton Branch NAACP and Executive Assistant and Community Organizer with Garden State Equality, as well as Assemblywoman Verlina Reynolds-Jackson and Councilwoman Marge Caldwell-Wilson gave speeches to the crowd.

The City held its first major Pride event, Trenton PrideFest, in 2019 and plans to do so again in 2021 after the 2020 event was cancelled due to the COVID-19 pandemic according to the press release.

“Every year, we recognize June as LGBTQ+ Pride Month to commemorate the Stonewall Riots of 1969. Those riots occurred in response to decades of abuse, oppression, and disrespect shown toward members of that community, and while Pride highlights the progress since, we must also acknowledge the challenges that the LGBTQ+ community continues to face,” said Mayor Gusciora.

Mayor Gusciora explained to the crowd that the city was issuing a proclamation saying that june 7th will Pride Day in the city of trenton.

The proclamation reads, “Let it be further proclaimed, that the City of Trenton shall observe LGBTQ+ Pride Month by raising a Pride Flag over city Hall to honor the history of the LGBTQ+ liberation movement and to support equal rights for all.”

TRENTON, N.J. (PBN) Trenton Police and the Mercer County Shooting response team are investigating a shooting in the 100 block of...

TRENTON, N.J. (PBN)  Trenton Police are investigating a shooting in the area of academy street on Tuesday night. The victim was...