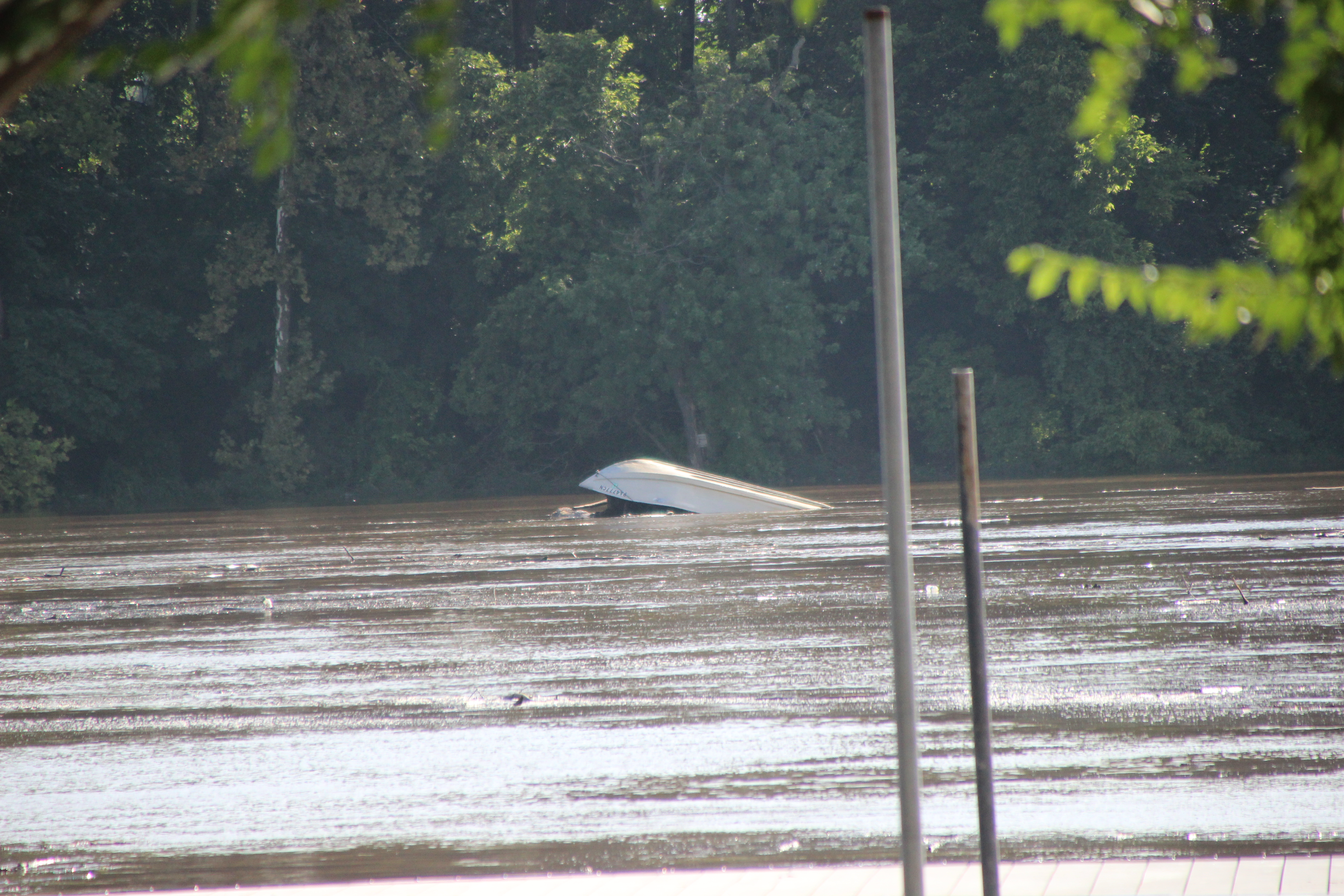 Trenton, NJ (Mercer) A boat that broke away from its dock capsized and traveled down the Delaware River. The Boat’s name visible as Lowe; the Boat caused two fire departments to respond to its area docks in response to a possible person in the water the Trenton Fire department and the Bordentown Fire department. The Bordentown Fire department assisted the New Jersey State Police marine unit with overturning the Boat and later transporting it to the Trenton marina for the owner to retrieve.
One man was not happy with the Trenton fire department after hearing that the boat had been traveling downstream; they did not deploy boats into the dangerous, fast-moving Delaware river. The man appeared to be impaired as he talked to the Trenton fire battalion chief about how they should continue to go into the River. Trenton City Park Ranger C. McNair kept residents from trying to enter the water.