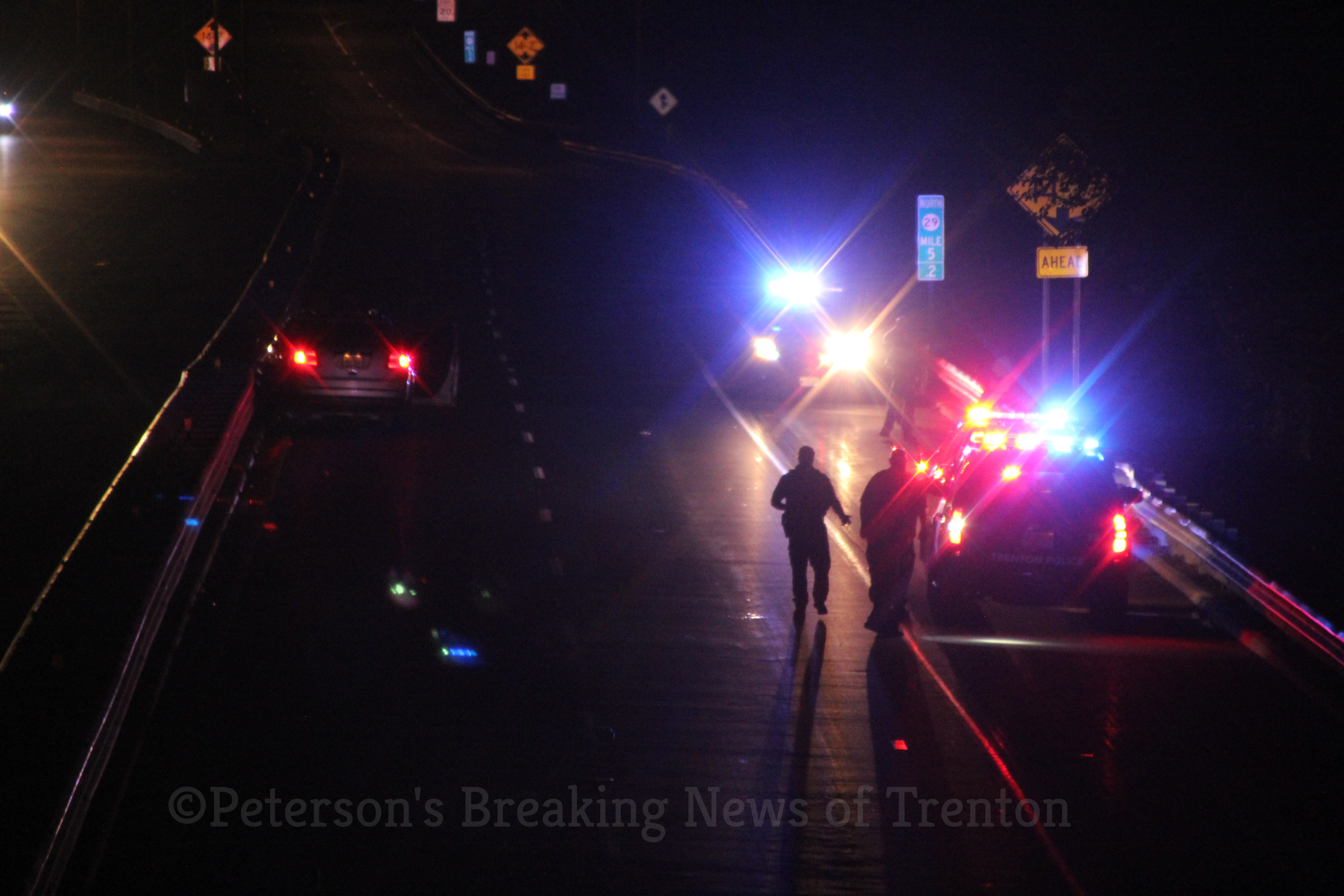 Trenton, NJ (Mercer) The Trenton Police department and the Shooting response team are investigating a shooting on Route 29 Northbound just after the Riverside Ave exit Monday night. A man was shot inside of an SUV that later crashed into a highway guardrail. The victim was shot in the leg and later transported to the capital health regional medical center by Trenton ems. Police officers recovered multiple shell casings on the highway. Detectives are working to determine a motive, no arrests have been made. No further information is available at this time.