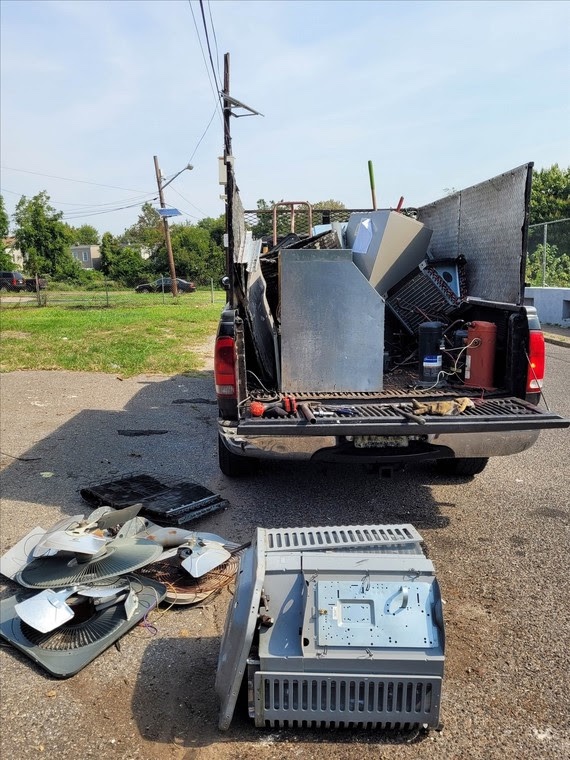 Trenton, N.J (Mercer) Acting Trenton Police Director Steve Wilson announced that a Trenton man was charged with illegal dumping and other offenses after an anonymous tip was reported to Trentob police about illegal dumping at Amtico Square.

Robert V. Phillips, 59, of Trenton, was issued a summons for illegal dumping, trespassing on city property, and failure to change address.

Detectives received an anonymous tip of illegal dumping at 67 Tyrell Avenue and Amtico Square. Upon arrival, detectives encountered Phillips at the back of his vehicle taking apart an air conditioning unit. After observing various parts of the air conditioning on the ground and the back of Phillips’ truck, detectives questioned Phillips, who admitted that he uses the area to break down materials and hasn’t lived in the home in eight years. Phillips stated that he is aware that the property is city owned. He was issued a summons, and police confiscated his vehicle without incident.

The charges were made pursuant to Director Wilson’s Daytime Task Force, which seeks to provide additional resources to address quality of life issues throughout the City of Trenton, including aggressive panhandling, prostitution, speeding, illegal dumping, and open-air drug dealing.

“This instance of illegal dumping is the perfect example of why we formed our Daytime Task Force,” said Director Wilson. “We are going to use every tool at our disposal to keep our neighborhoods safe and clean. My thanks go out to the residents who passed along the information and the detectives who responded promptly to the scene.”

“We constantly strive to create an administration that is responsive to longstanding resident concerns, and illegal dumping has been a problem for far too long,” said Mayor Gusciora. “Trenton residents gave us a mandate, and we’re responding accordingly. Let this case be an example to others that the entire community and the TPD are on the lookout for these crimes.”

Anyone witnessing illegal dumping or have information regarding quality-of-life concerns should contact the TPD anonymous tip line at (609) 989-3784.

TRENTON, N.J. (PBN)  Trenton Police are investigating a shooting in the area of academy street on Tuesday night. The victim was...

Dozens of children from Trenton were the invited guests for a pool party at the home of Trenton police detective...

I write this as a Trenton taxpayer who lives in the Hiltonia section of the city. I am very concerned...

TRENTON, N.J. (PBN) Trenton Firefighters are investigating a fire that ripped through two homes in the 500 block of Pennington Ave...