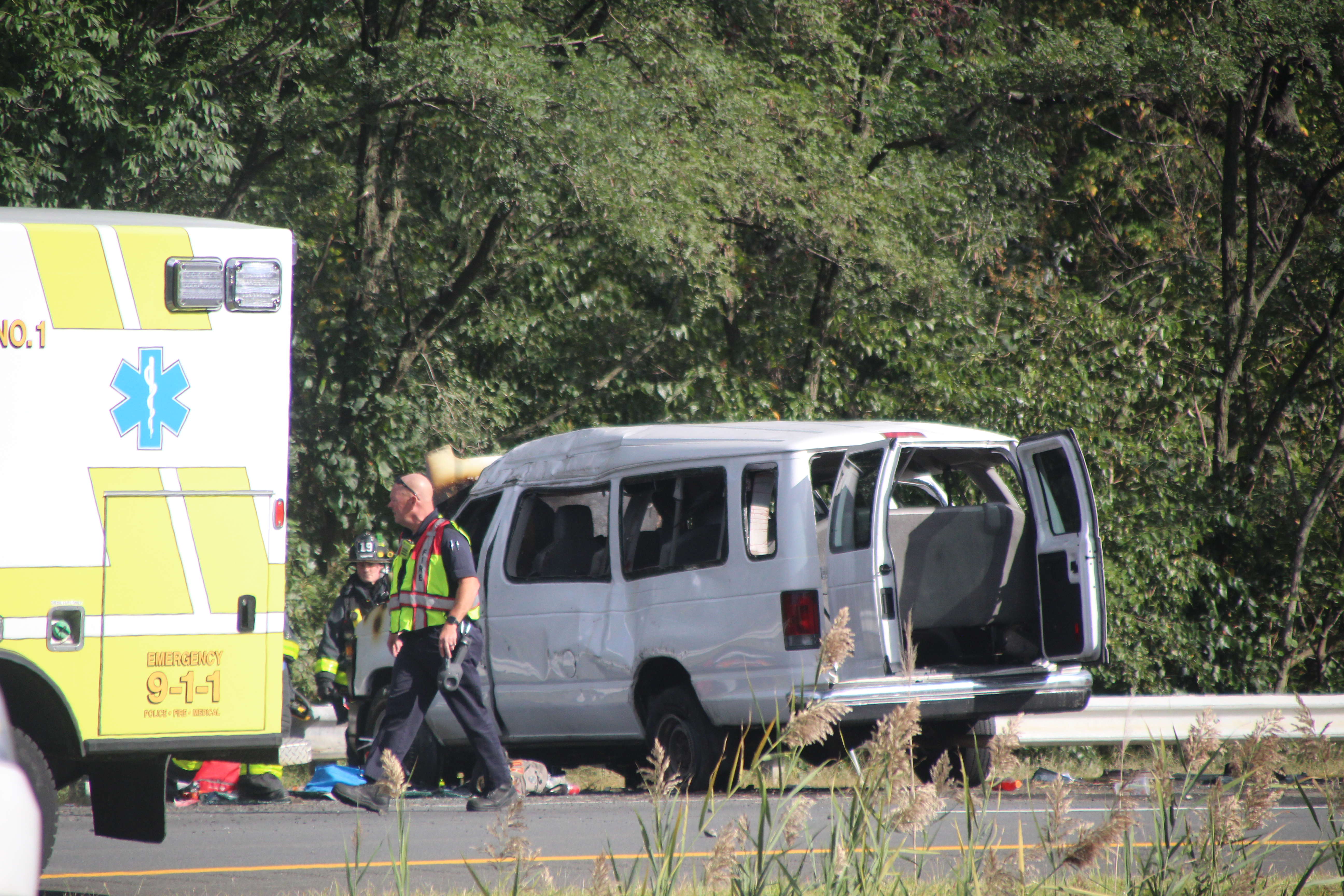 Hamilton, NJ (Mercer) A passenger van carrying at least 15 passengers on 295 Northbound crashed and left multiple people with serious injuries killing at least one person. The van reportedly overturned and ejected passengers. Hamilton township fire department responded and reported the van to be on fire, quickly extinguishing the fire. The crash caused significant delays on 295 Northbound – Southbound and Route 130 in Florence and Bordentown township. Multiple ambulances from neighboring towns responded and were transported to the Capital Health trauma center one person was pronounced dead on scene. The cause of the crash remains under investigation by the New Jersey State Police.

One thought on “Multiple injured, one dead after passenger van crash on 295 in Hamilton”