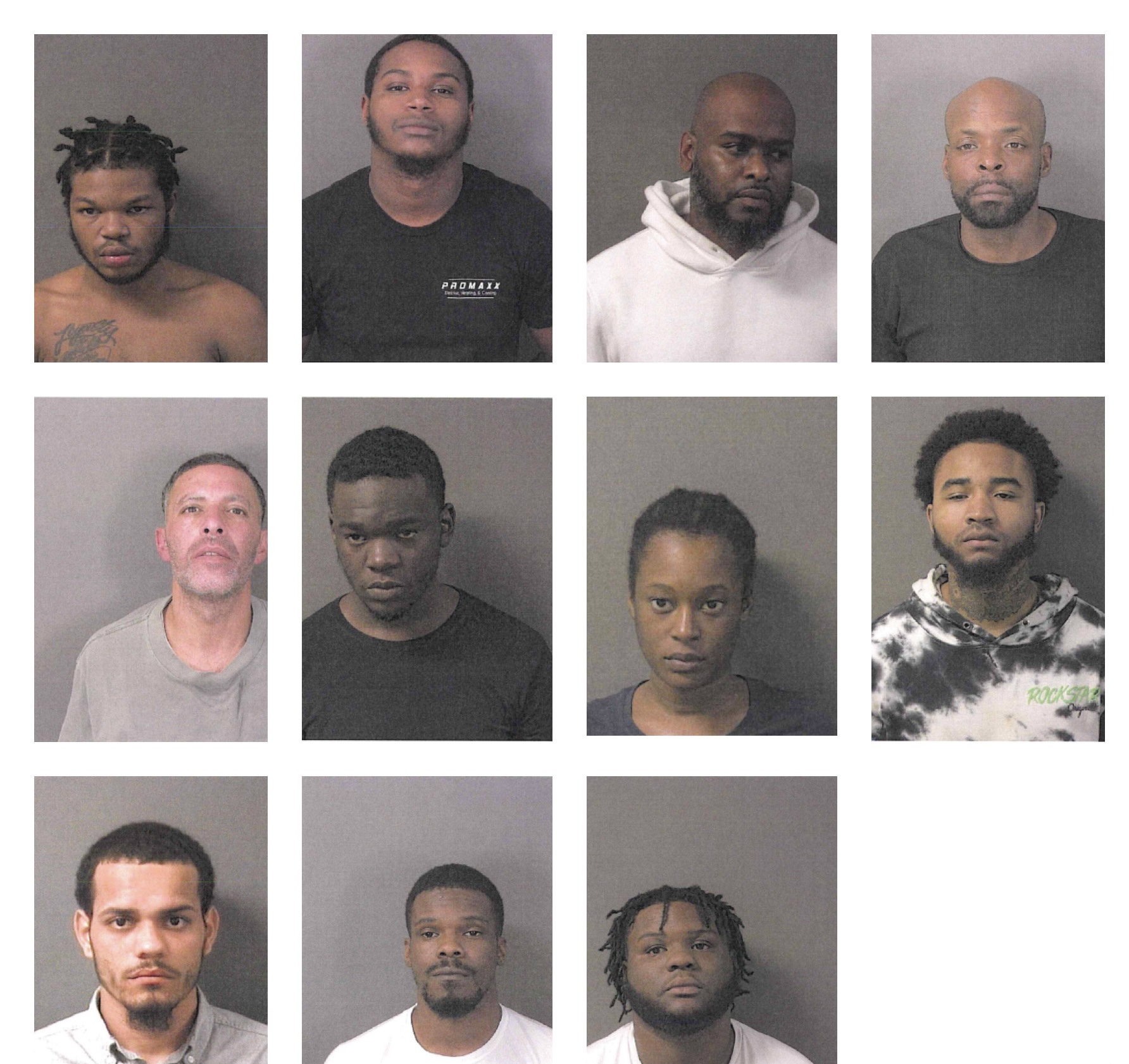 TRENTON-Acting Police Director Steve E. Wilson announced Tuesday arrests and gun seizures involving 15 defendants since Oct. 15, 2021, bringing the total number of illegal guns recovered by law enforcement in Trenton for the month of October to 44, and the year-to-date total to 271.

Six of those guns were seized between Oct. 15 through Oct. 17. On Oct. 15, 2021, Jahkym Adams, 23, James Harris, 26, and a male 17-year-old juvenile, all of Trenton, were arrested in separate incidents, each found in possession of a loaded semi-automatic handgun. Also on that date, Irving O. Candelario, 28, of Trenton, was arrested during a joint TPD and N.J. State Police operation on Franklin Street and found in possession of two handguns and a 9mm assault-style weapon.

On Oct. 16, Mekhi S. Goss, 22, of Trenton, and Gabrielle Sangster, 23, of Atlantic City, were pulled over and arrested after officers found a 9mm semi-automatic handgun with a mounted laser concealed in a bookbag. On Oct. 17, 2021, Mejah T. Cox, 21, of Trenton, was arrested on Martin Luther King Jr. Blvd with a semi-automatic handgun fitted with a red dot sight, mounted laser, and high-capacity magazine

On Oct. 20, 2021, Joel N. Ramirez, 42, of Hamilton, who was wanted in connection to a Trenton carjacking, was arrested at his home with narcotics and a handgun in his possession.

On Oct. 21, 2021, Lamar Priester, 45, was arrested and charged with attempted homicide, aggravated assault, and unlawful possession of a weapon for his alleged connection to a Trenton shooting. Later that day, a male 17-year-old juvenile from Trenton was also arrested near Wood Street with a loaded handgun after fleeing police.

The TPD seized another four guns over the weekend. Montgomery Gyampo, 32, of Trenton, was arrested on Oct. 30, 2021, with a handgun, high-capacity magazine and 31 rounds of ammunition. Also, Terence O Perry Jr., 32, of Trenton, and Anthony McKnight, 38, of Ewing – both with prior manslaughter convictions – were arrested together near Wood Street with a handgun and hollow-point rounds in their possession. Lastly, on Oct. 31, 2021, Aaron J. Verrett, 26, and Kashonn C. McGill, 19, both of Trenton, were arrested in separate incidents, each in possession of a handgun loaded with hollow-point ammunition.

“We’re on track for a record year of dangerous weapons seized by law enforcement,” said Director Wilson. “Given the violence we have seen over the last few years, every gun off our streets can make a difference, so we’re working around the clock with our law enforcement partners to identify and intercept armed dangerous individuals before they have a chance to fuel the senseless crime in our neighborhoods.”

Police says these charges and allegations are merely accusations, and the defendants are presumed innocent unless and until proven guilty