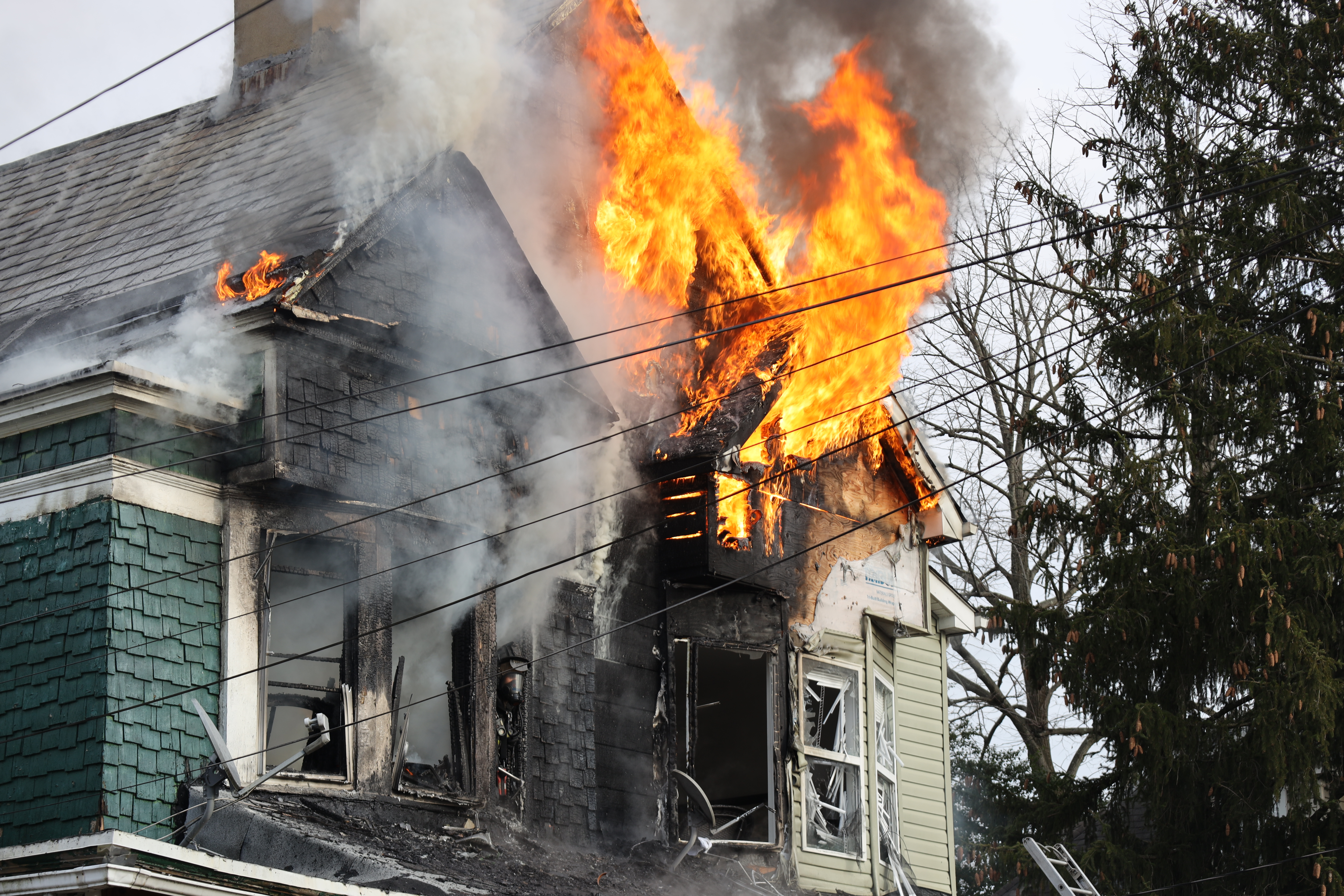 One resident of the home attempted to go back into the home and was stopped by firefighters and began to get into an altercation with the firefighters; as that happens, a woman filming gets attacked by residents of the home.

The woman attacked stated she was trying to make sure the male was okay. one Trenton firefighter suffered minor injures and was transported to the hospital. The fire department placed the fire under control at 2:52 Pm the cause has not been determined. The residents displaced are being assisted by the American Red cross.