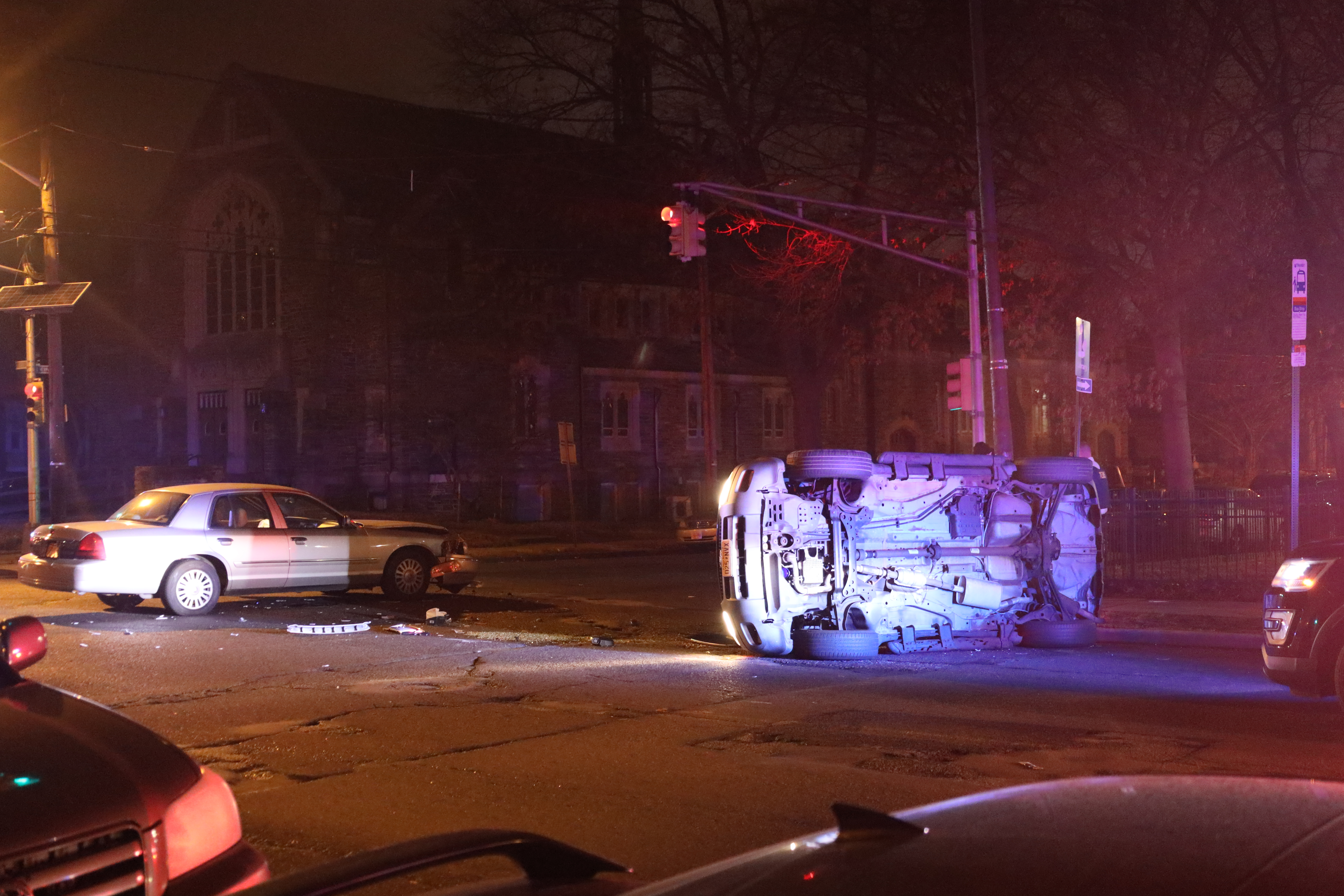 Trenton, NJ (Mercer) Two vehicles crashed at West Ste Street and North Hermitage Ave, overturning one vehicle early Saturday Morning . Trenton EMS was responding to a report of a person shot and arrived at a car crash before they could get to the scene. At the same time, the crash occurred when Trenton Fire was dispatched to a working house fire. Trenton EMS chief reported two people were entrapped inside the overturned vehicle but later was freed from the vehicle. One person was transported to the hospital with minor injuries by Trenton EMS. The shooting was canceled after Ems units arrived on the scene of the crash.