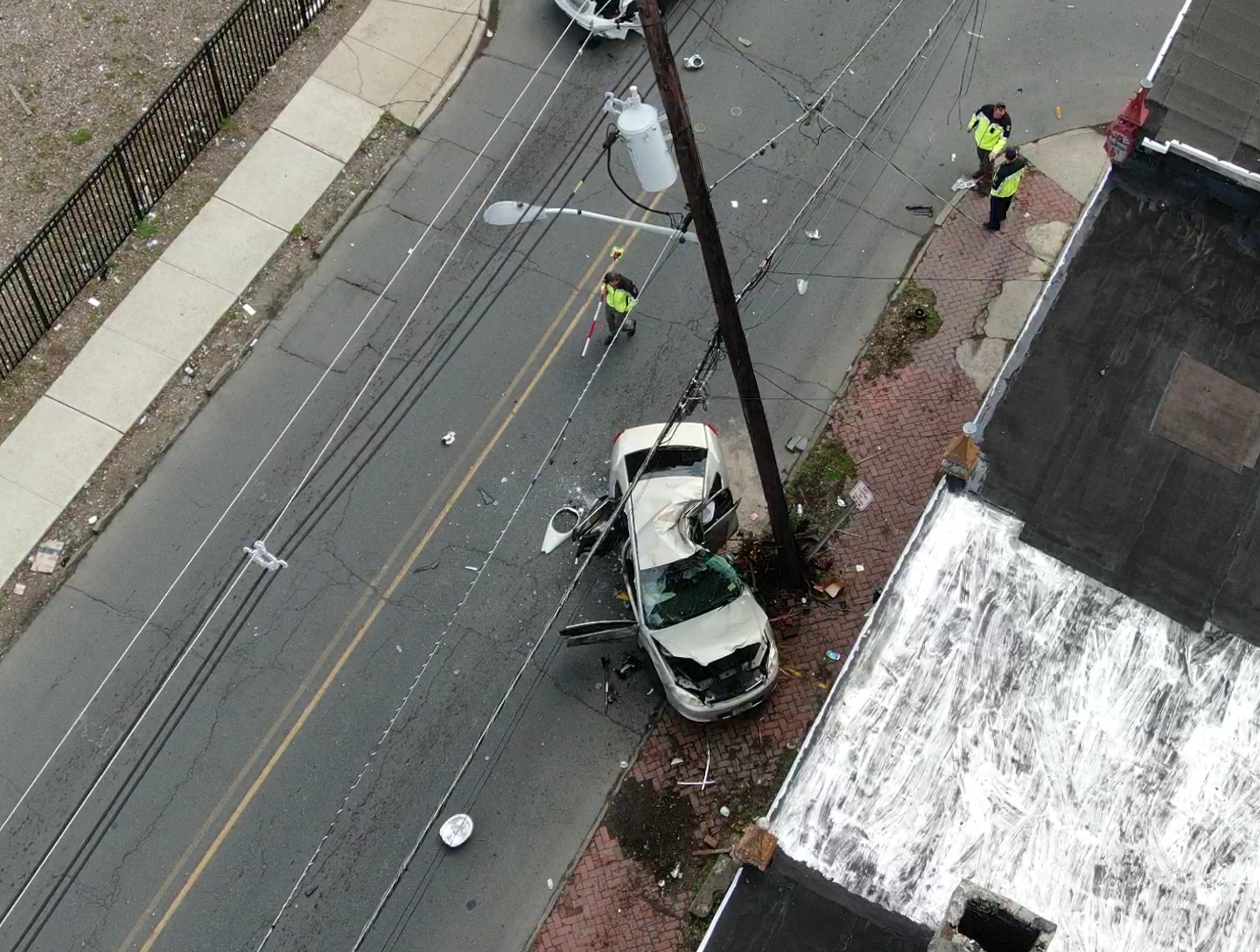 TRENTON, N.J. (PBN) Two Mercer County Prosecutor Police detectives working in the Trenton Police task force were injured Monday morning after getting into a crash at Chambers Street and Walnut Ave. The detectives had to be cut from the vehicle after it struck a utility pole after the crash. Trenton ems transported both detectives to Capital health trauma center. There were no other reported injuries.
One Detective has been released from with broken ribs, and arm the second one remains hospitalized in stable condition. Hamilton Police Division is investigating the cause of the crash.

Breaking news of Trenton is awaiting comment from the city of Trenton.

UPDATE: Trenton Officials say the officers were in an unmarked car at the time of the crash and were pursuing another vehicle that may have had an armed person inside. A separate white SUV was making a turn when the officer driving swerved in an attempt to avoid the SUV. The officers’ vehicle went out of control and struck a fire hydrant and utility pole.