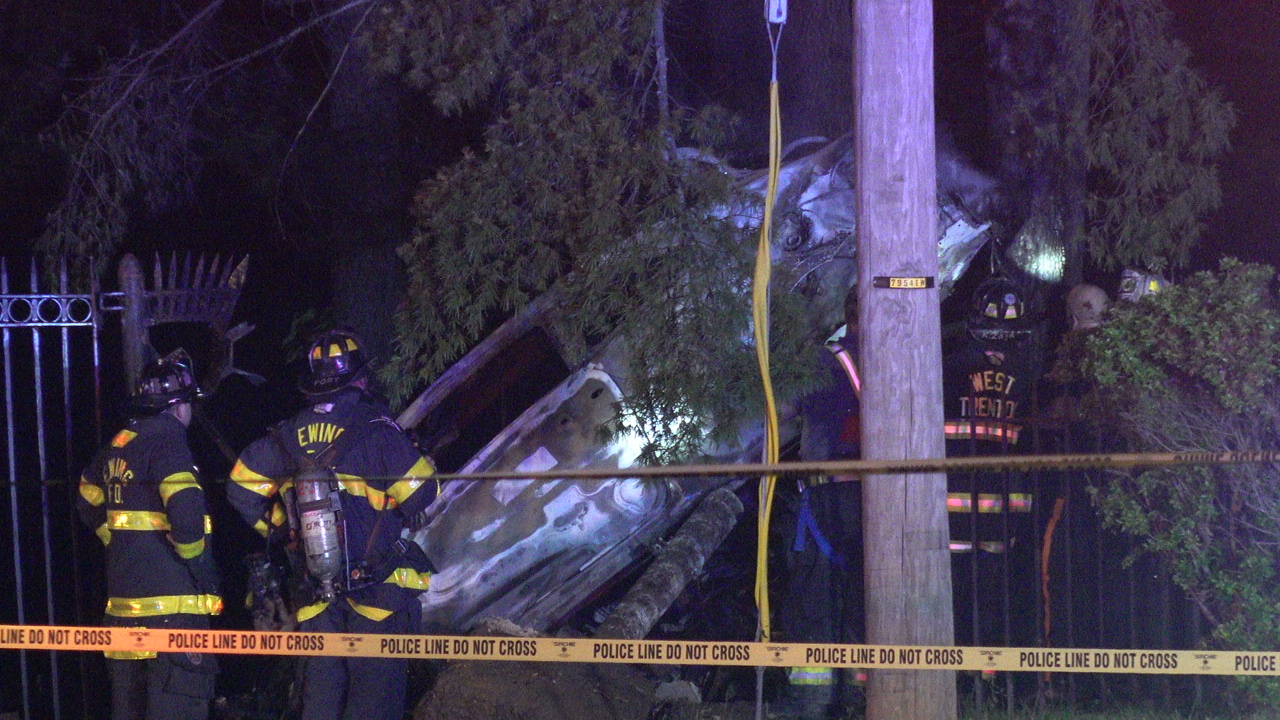 EWING TWP, N.J. (PBN)  Ewing Police and the Mercer County prosecutor’s office crash investigation team are investigating a crash that left at least one person dead early Wednesday morning at the intersection of Lower Ferry Road and Stuyvesant Ave after crashing through a fence at the school for the Deaf.

Officials received the call as a car fire, but later, when police arrived, they found a vehicle off the roadway into the trees, fully engulfed in flames. Once the Ewing Fire department extinguished the fire, they located one person from the vehicle and pronounced the person dead.

Ewing township , N.J. (PBN) A Trenton teenager has been arrested and charged for the June 6, 2022, shooting death...

EWING TWP, N.J. (PBN)  A car crash sent one female to the hospital Tuesday morning. The crash happened at the intersection...