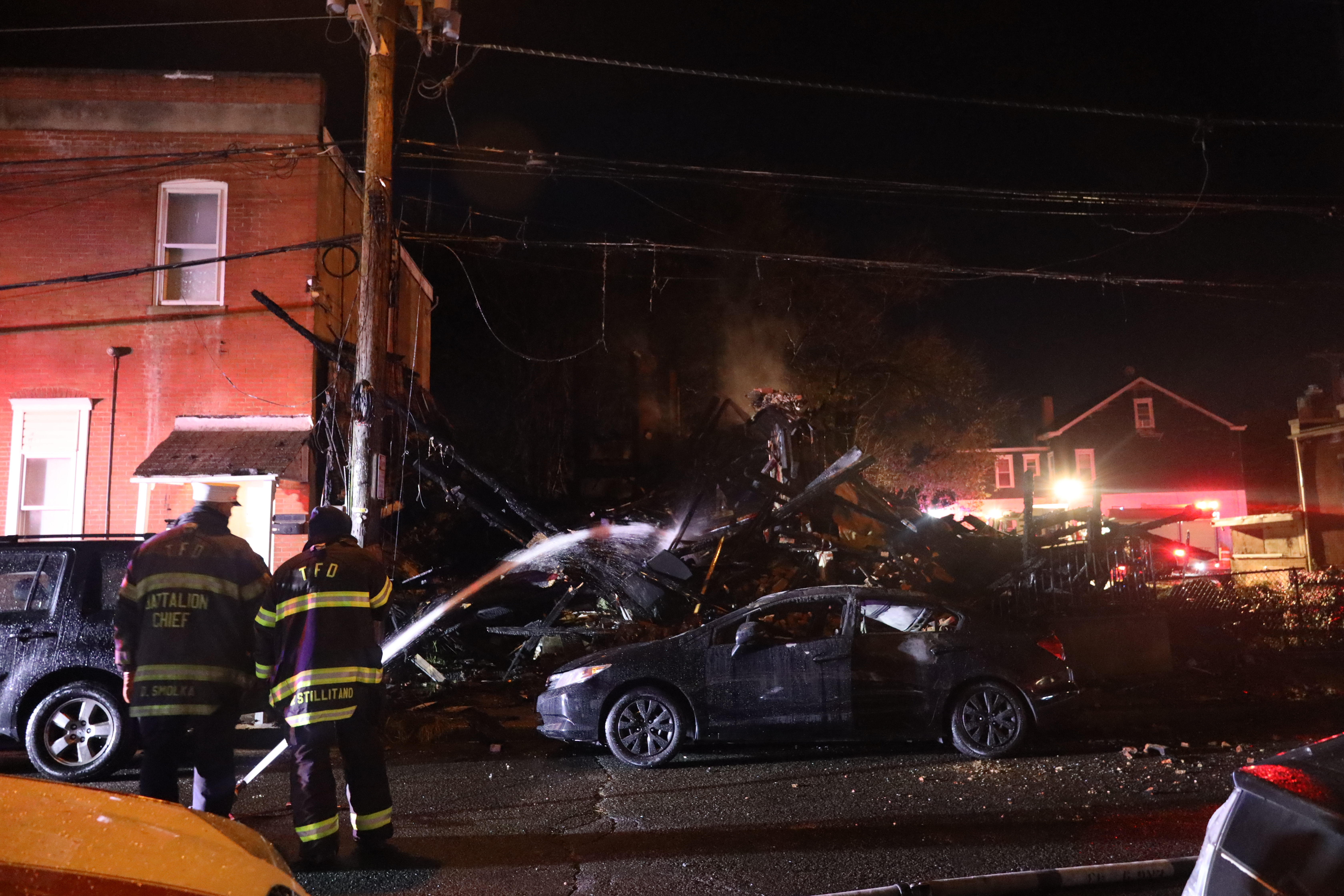 TRENTON, N.J. (PBN) The Trenton Fire Department responded to the area of Tremont and Jersey St. Firefighters encountered heavy fire coming from an abandoned house attached & car and house siding which caught on fire also leaving the firefighters to go to a defective operation, Deputy Will Ever said in an interview. The homes had been abandoned for some time they had been at the location a few times in the past for fires but reported no injuries with this fire and hoped city crews would remove what was left of the home.