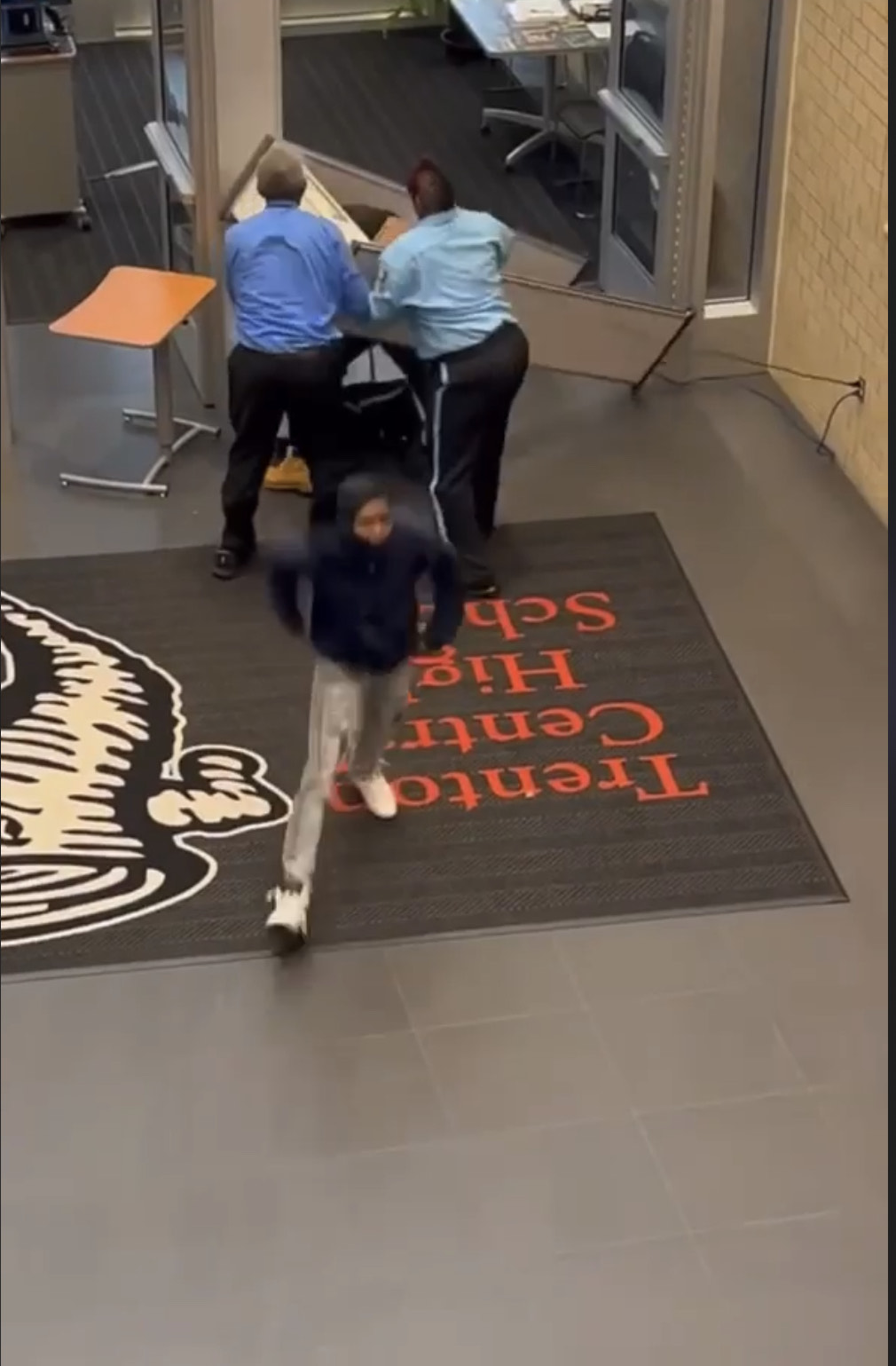 TRENTON, N.J. (PBN) A fight broke out at Trenton Central High school Thursday at the main entrance of the School. The fight occurred between multiple males. Three school security officers attempted to break up the fight. The security supervisor was one of the three officers assisting in putting a stop to the fight when she was struck by another student and knocked down with the metal detector following her suffering another strike. It is unclear what disciplinary actions were taken with the students at this time. The school Security Supervisor was treated at a local hospital where she received surgical sutures to the face.

The security supervisor has been working for Trenton Central High School for multiple years. She has been a great asset through the years of duty. A former security officer stated (without her presence I think it would be a lot worse. She does an amazing job and has a great relationship with the staff and students.

Trenton police say they have launched a criminal investigation, along with school officials.

TRENTON, N.J. (PBN) Algernon Ward, who tied with Jennifer Williams in the December voting has now requested a recount after...