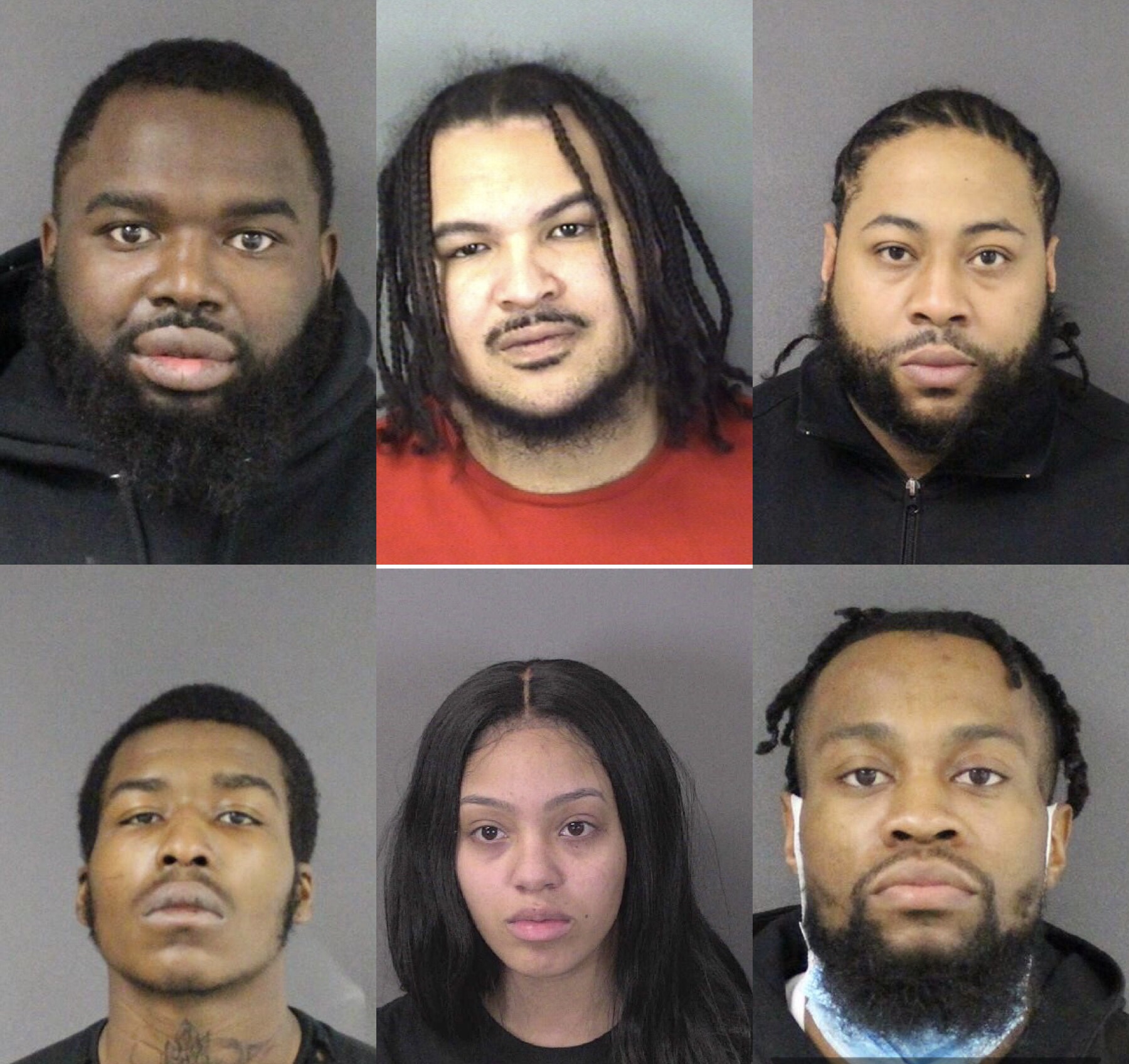 Trenton, NJ ( Mercer ) Mercer County Prosecutor Angelo J. Onofri today announced that a six- month, multi-jurisdictional investigation of narcotics distribution and violent crime in the Mercer County area has culminated with the arrest of 18 individuals and the seizure of approximately 1,000 grams of heroin, 1,000 grams of methamphetamine, 15 pounds of marijuana, 11 guns, six vehicles and more than $22,000 in cash.
“Operation Eight-Ball was an enormous investigative endeavor and as a result, many violent offenders have been taken off of the street,” said Prosecutor Onofri. “I cannot thank our many law enforcement partners enough for their dedication and assistance in providing safer neighborhoods for the residents of Trenton and Mercer County.”
“Our law enforcement challenges this year required a coordinated plan, and I’m thankful for the city, county, state, and federal officers who stepped up to make Trenton a safer place to live,” said Trenton Police Director Sheilah A. Coley. “In just this operation alone, their hard work yielded multiple firearms, high-capacity magazines, kilograms of narcotics, and more than 15 arrests, six of which are connected to several homicides. This multi-tiered response awaits any criminal group that seeks to plague our streets with drugs and violence.”
STEPHANIE A. KATZ First Assistant Prosecutor
TAREK A. ELKACHOUTY Deputy Chief of County Detectives

“This investigation makes clear the violence associated with drug trafficking,” said Susan A. Gibson, Special Agent in Charge of the Drug Enforcement Administration’s New Jersey Division. “Those targeted in this investigation brought violence and misery to the residents of Mercer County. Their arrests have made the community safer, and DEA will continue to work with our partners to pursue those who violate the law.”
“In the spring of 2020, as the number of shootings and homicides in Trenton began increasing at an alarming rate, we set out to expose trends and connections that might be responsible for triggering the uptick in violence,” said Prosecutor Onofri.
The Mercer County Narcotics Task Force, the Mercer County Homicide Task Force and the Mercer County Prosecutor’s Economic Crime Unit, along with the Drug Enforcement Administration, Homeland Security Investigations, the Federal Bureau of Investigation, and many state, county and local police agencies, began their hard-hitting investigation a short time later and dubbed the job “Operation Eight-Ball,” representing the eight-ball logo used by Trenton’s H-Block, a violent criminal street gang responsible for numerous shootings and murders in the city. According to Prosecutor Onofri, the initial investigation focused on the alleged drug activities of H-Block, and through informant information, controlled buys, surveillances and intelligence, authorities were able to obtain and execute more than 40 warrants of individuals, vehicles and locations in New Jersey and Pennsylvania.
On November 4, 2020, search warrants were executed and arrests were made as this investigation progressed. On this day, an undercover officer made arrangements to purchase a quantity of heroin from Joseph Kaite. After conducting the narcotics transaction with the undercover detective at a gas station on North Olden Avenue in Trenton, detectives attempted to arrest Kaite, however, he fled in his vehicle. When detectives attempted to stop Kaite, he collided with a police vehicle causing heavy damage to both vehicles. He then attempted to flee on foot but was apprehended after a brief struggle. Also arrested inside the vehicle were Vincent Bowman and Zaire Jones. Search warrants related to the investigation were subsequently executed and detectives located 30 bricks of heroin and a shotgun. At an apartment on Beakes Street in Trenton, detectives located evidence related to murder of Derek Colley that resulted in homicide charges being filed against Kaite and Tabika Hale.
The investigation continued into 2021 and last week, search warrants were executed at locations in Trenton and Ewing, New Jersey, and Bristol and Morrisville, Pennsylvania. Prior to the execution of these warrants, surveillance officers followed Deshawn Abner as he traveled by cab from Bond Street in Trenton to the Extended Stay Motel on Route 1 in West Windsor where Abner and a second individual, identified as Aziz Stroman, were

observed searching a wooded area around the hotel. After searching the area for about 30 minutes, Abner was seen retrieving a box containing 210 bricks of heroin from the bushes in the hotel parking lot. After retrieving the package, Abner entered the Mercedes Benz Stroman had arrived in, and the two men departed the area. Arrest teams converged on the area and both Abner and Stroman were eventually detained after attempting to flee. A search warrant for Stroman’s Mercedes Benz was obtained and detectives located 210 bricks of heroin on the front passenger floor. Both Abner and Stroman were charged with first-degree narcotic offenses.
After Abner and Stroman were taken into custody, detectives contacted officers in Pennsylvania who had an individual identified as Ricardo Moise under observation. Through the investigation, authorities had pinpointed Moise as the supplier of heroin to North Trenton. At that time, Moise was seen moving items out of his apartment on Beaver Street in Bristol Township, and detectives from the Mercer County Prosecutor’s Office, with assistance from Bucks County District Attorney’s Office and the Bristol Borough Police Department, arrested him for outstanding warrants as a result of distributing 75 bricks of heroin to an undercover officer in the spring of 2020. Search warrants were subsequently executed at related locations.
According to Prosecutor Onofri, the total retail value of the confiscated drugs is $228,000. The heroin is valued at $60,000; the methamphetamine is valued at $100,000; and the marijuana at $68,000.
In addition to the narcotics, authorities also seized 11 guns, six vehicles and approximately $22,000 in cash. Approximately 24 bank accounts in connection to the investigation were frozen and continue to be investigated by the Mercer County Prosecutor’s Economic Crime Unit.