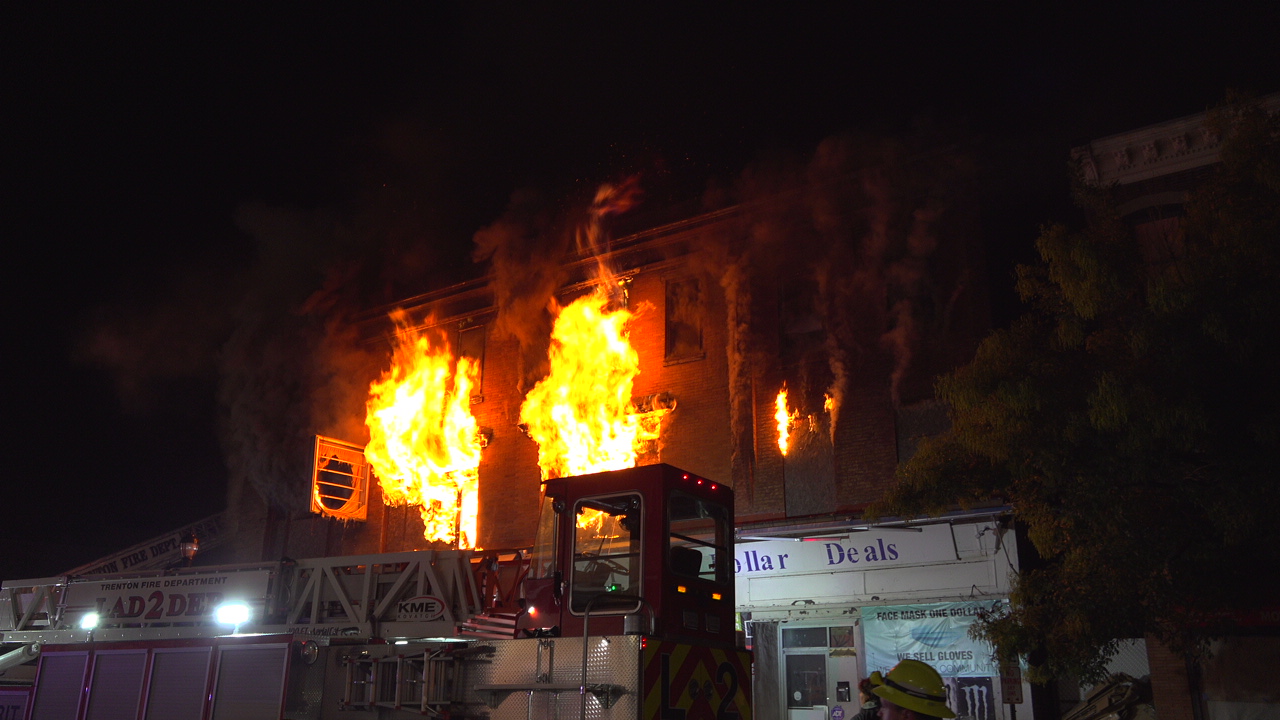 Trenton, NJ (Mercer) Trenton firefighters spent the morning fighting a fire on South Broad Street in the 600 block between Dye Street. Firefighters had heavy fire throughout the large commercial building, a multi-alarm blaze. The fire caused the building to Collapse multiple times with heavy fire conditions. There were no reports of injuries. Initially, firefighters were having water pressure issues firefighters brought the fire under control just after 3:40 Am. The cause of the fire remains under investigation by the Trenton Police department, Trenton fire marshal, The State of New Jersey State Fire Marshal.